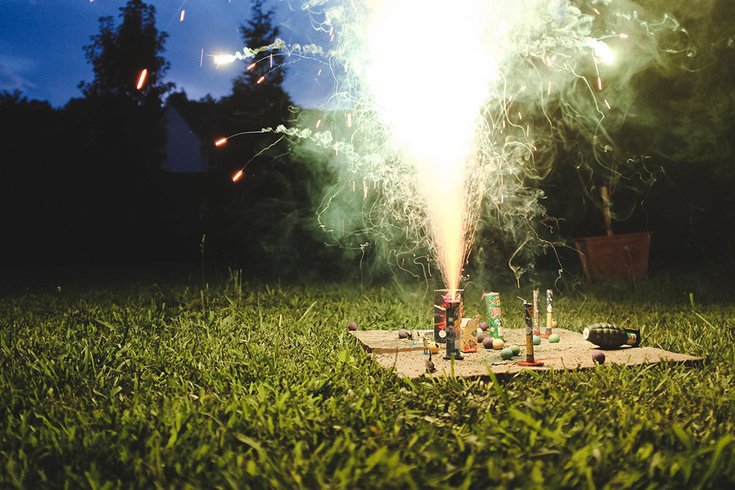 Pennsylvania legalized consumer grade fireworks in 2017, but lawmakers have proposed outlawing their use after 10 p.m. Exceptions would be made for the Fourth of July and New Year's Eve.

Pennsylvania residents would be not be permitted to set off fireworks after 10 p.m. – except for on New Year's Eve and the days near the Fourth of July – under legislation passed Thursday by the state Senate.

The bill would limit consumer-grade fireworks to being set off between 10 a.m. and 10 p.m. But there would be four exceptions – July 2, 3, and 4, and Dec. 31. On those days, fireworks could be set off as late as 1 a.m. the following morning.

The bill also would require people notify livestock owners at least three days before setting off fireworks near an animal housing facility. Violators would be subjected to a $500 fine for a first offense and a $1,000 fine for a second offense.

The bill was passed in a 44-6 vote and now heads to the state House for concurrence. It was introduced by Sen. Frank Farry, a Bucks County Republican, partly in response to the large number of noise and safety complaints lawmakers have received since consumer fireworks sales were legalized in 2017, the Pennsylvania Capital Star reported.

Last Fourth of July weekend, a Wynnewood firefighter and a York County 8-year-old died in fires caused by pyrotechnics.

Pennsylvania's current fireworks law allows people age 18 and older to purchase consumer grade fireworks like firecrackers, Roman candles and bottle rockets with 50 milligrams of explosive material or less. Larger fireworks are still only available to professionals and can't be set off without a municipal permit.

Consumer fireworks cannot be discharged from – or toward –  structure or vehicle. They also can't be set out within 150 feet of an occupied building. It's also illegal to light them on private or public property without the owner's permission, or while under the influence.

Some municipalities may have more stringent firework regulations.

Legal fireworks are only available for purchase at brick and mortar stores licensed by the Pennsylvania Department of Agriculture. A map of these locations is available online.