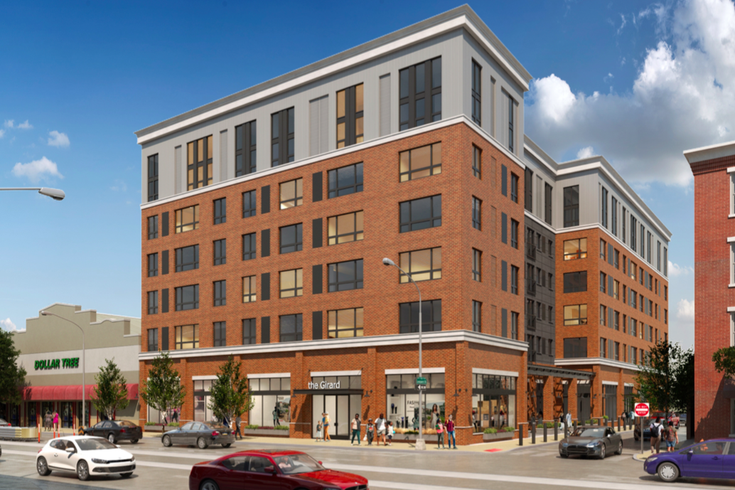 Developers are planning a six-floor apartment building with ground floor commercial space at 23 Girard Ave. in Fishtown, the current site of a 7-Eleven store.

Plans to build apartments at the site of the 7-Eleven on Girard Avenue in Fishtown are becoming a bit more clear, with new renderings showing a glimpse of the project.

The mixed-use residential development proposed at 23 Girard Ave. would be six floors and house a total of 107 units, an increase from the 97 developers had initially planned. The ground floor would include 5,406 square feet of commercial space and a residential roof deck amenity space that would cover 6,000 square feet. 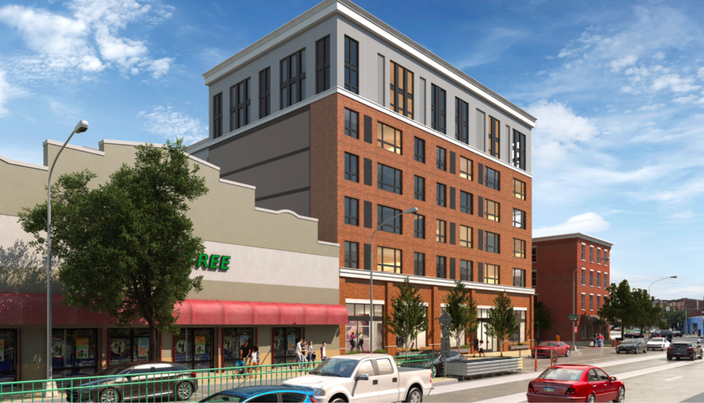 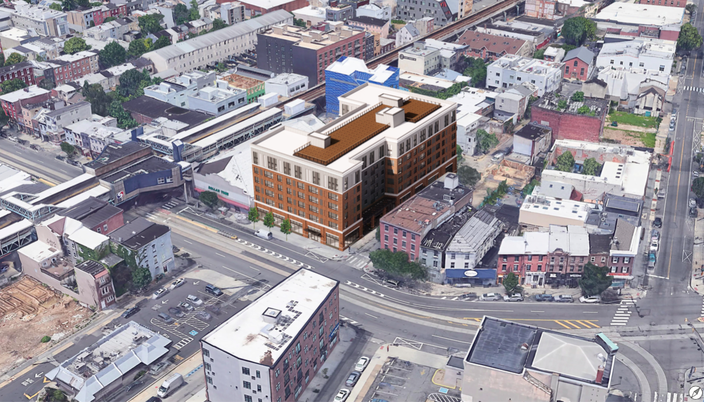 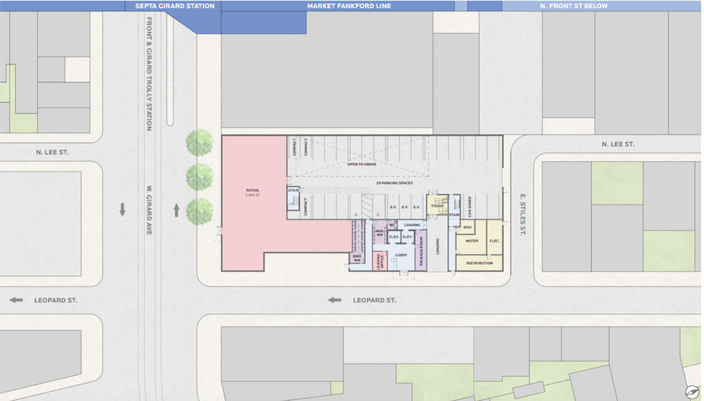 Courtesy/JKRP Architects
The project sits at an appealing location for residences, with access to SEPTA's Girard Station on the Market-Frankford Line just steps away from the building. Twenty-nine parking spaces would be accessed through a garage off of Stiles Street. The residential lobby would have an entrance on Leopard Street.


The project will enter Philadelphia's Civic Design Review process at a meeting on June 1. The plans will be presented to the Fishtown Neighbors Association on May 25.

Plans to build apartments near the Market-Frankford Line Girard Station come as another project is taking shape at the Girard Station on the Broad Street Line, where the shuttered CVS/Pharmacy is set to be demolished to make way for another mixed-use residential building, this one with two floors of commercial space.

Both projects will generate keen interest in which commercial tenants ultimately end up occupying the spaces, which have long served as convenient stops for SEPTA riders and residents in the surrounding neighborhoods.