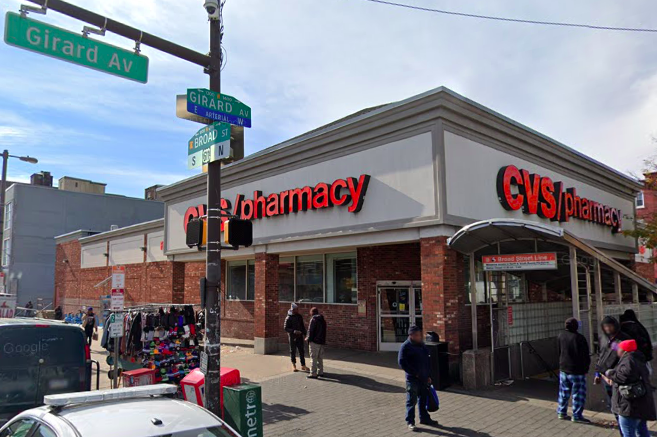 The former CVS Pharmacy at Broad Street and Girard Avenue will be demolished, with plans to construct a 7-story apartment building with two floors of retail in its place.

For nearly 20 years, the CVS Pharmacy on the southwest corner was a bustling hub where vendors sold all kinds of clothing, sneakers and other knick-knacks.

But with the store's closure in the past year, there's been growing interest in what will replace it — and the plans call for something much bigger.

A report this week from Rising Estate says a seven-story, mixed-use building is planned for the corner, bringing 160 apartments and two floors of retail to Broad and Girard. Zoning permits were issued last Friday for the demolition of the CVS structure.

The proposed project will include roof decks on the third and seventh floors of the building, balconies from the apartments and 48 underground parking spaces. The project also calls for 80 bicycle stalls.

The plans continue the push for more residential options around Temple University and the larger redevelopment of North Broad Street. The rest of the intersection around this particular project is still populated by fast food spots — KFC, Checkers and McDonald's.

The inclusion of two floors of retail makes this project a bit more compelling. Convenience stores around SEPTA stations are usually pretty — well, convenient. It's similar to plans to redevelop the 7-Eleven lot near the Girard Station on the Market Frankford Line in Fishtown, where a proposed apartment building also would include ground floor retail.

A timeline for the project at Broad Street and Girard Avenue is not yet known.