Historic firehouse in Olde Kensington, built in 1895, could be poised for apartments

Renovation plans are being reviewed by the Philadelphia Historical Commission 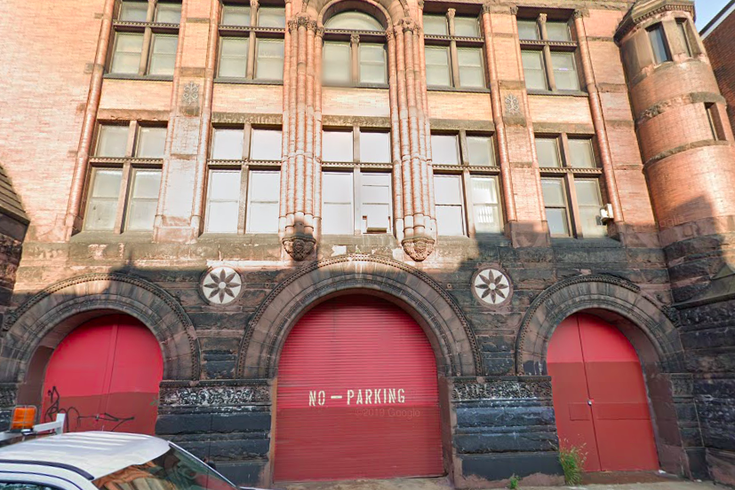 The former firehouse at 1221-25 N, 4th St., between Girard Avenue and Thompson Street, was constructed in 1895 and was designated to Philadelphia's Historic Register in 1989. Developers are awaiting approval from the Philadelphia Historical Commission to move forward on an adaptive reuse project.

A former firehouse in Olde Kensington that dates back to 1895 soon could be redeveloped into a mixed-use space pending approval from the Philadelphia Historical Commission.

The building, located at 1221-25 N. 4th St., was designed by John T. Windrim and has been owned by the city since its construction. It ceased operating as a firehouse in 1979 — the station has since moved to Girard Avenue — and was most recently used as a storage facility by the Department of Public Property.

The building was placed on the city's Historic Register in 1989.

The sale of the property was approved by the Philadelphia Redevelopment Authority a few years ago, opening it up for competitive bids as an adaptive reuse project.

The Historical Commission currently is reviewing a proposal submitted by developer Jeffrey Tubbs, who co-founded the Make the World Better foundation with former Eagles player Connor Barwin. The organization has spearheaded the revitalization of several city playgrounds, including South Philadelphia's Smith Playground and Ralph Brooks Park in Point Breeze, with further plans in store for Waterloo Playground in Kensington and Vare Recreation Center in Grays Ferry.

The developer's proposal includes rehabilitation of the front façade of the historic building and two additions, one a single story on the existing structure and the other a five-story building added in the rear of the lot facing Orianna Street. Green roofs would be added atop both structures. 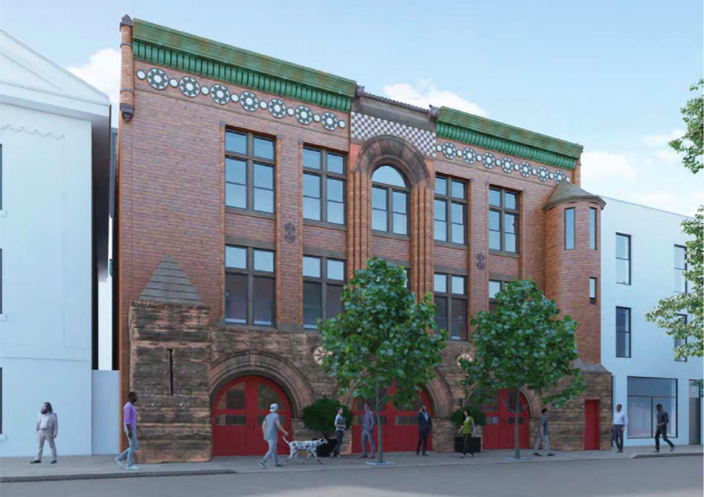 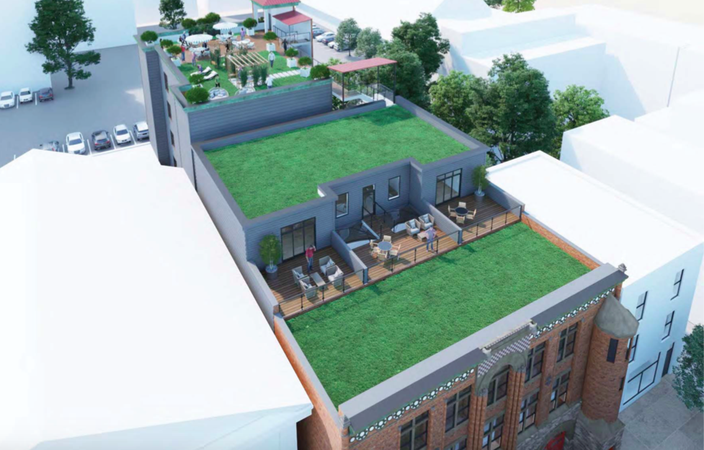 Rendering of green roofs for proposed project in Olde Kensington.

The proposal received approval from the Zoning Board of Adjustment but awaits a go-ahead from the Historical Commission. The developers say they intend to maintain as many aesthetically and historically significant features of the property as possible.


All told, the project calls for a ground-floor commercial space and nine residential units in the existing building. Another 20 residential units would go inside the upper floors of the five-story addition, while the ground floors would be used for parking.

Design work for the project is being handled by Continuum Architecture & Design, whose office is located right next door to the firehouse. On the other side of the former firehouse is the office of John A. Steer Co., an import-export logistics company that took over the building after it was previously an Impact Hub co-working space (the location of PhillyVoice's first office) and later held onto by NextFab. We've contacted the historical commission about the history of this property.

A timeline to move forward with the firehouse renovation is not yet known.