The complex is slated to include pools, hot tubs, fire pits and space for outdoor games 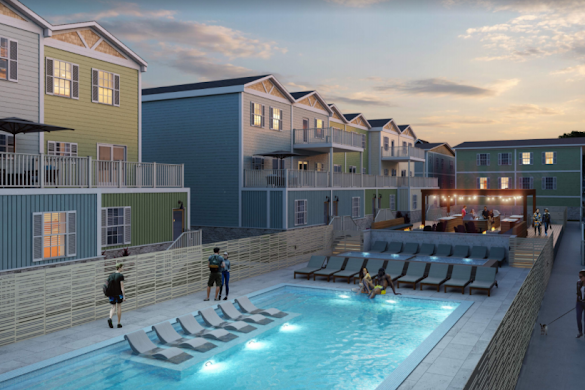 A Philadelphia developer with multiple projects in the works in Wildwood is closing in on what could be one of the Jersey Shore town's biggest residential makeovers in recent memory.

BG Capital is looking to take down the former St. Anne's/Cape Trinity School, located on a 1.75-acre lot at 100 E. Magnolia St., and construct a residential complex containing 38 town homes and duplexes.

The demolition of the St. Anne's Rectory, a property with a rich history dating back more than 100 years, was completed last month despite a petition from some residents who wanted to see it preserved as a piece of architectural history, even if it became a residence.

BG Capital acquired the property in January and determined that preservation was not fiscally responsible or appropriate for future plans, according to the Cape May County Herald. Wildwood Mayor Pete Byron acknowledged the loss of a historical building, but said the city needs to be more developer-friendly.

Additional demolition work on the school building, located on the west side of the property, still remains to be completed.

This week, BG Capital shared multiple renderings and initial project details with Wildwood 365, explaining that the homes would run east to west from Pacific to New Jersey avenues, and north to south from Magnolia to Glenwood avenues.

An interior court inside the development would include recreational space with two pools, hot tubs, a pair of covered kitchens, fire pits and space for outdoor games. 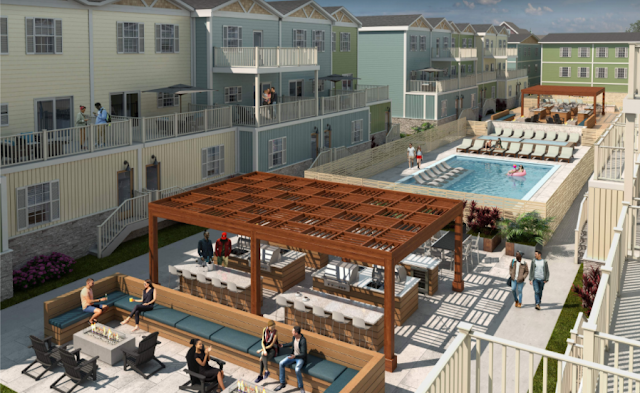 A public hearing is planned for Monday with the Wildwood Zoning and Planning Board. The developers and the city also will need clarification on permitting for coastal development given the size of the project.


BG Capital has pursued multiple projects along the Pacific Avenue corridor, including The Residences at Pacific, which is set to begin construction after the demolition of vacant properties on the 3600 block of Pacific Avenue.

The developer also has plans for the west side of the 3800 block of Pacific Avenue, which it acquired in January.

A potential timeline for the Magnolia Avenue project has not yet been established.