Incoming CEO Andy Jassy wasn't keen on the city's pitch due to his own NFL fandom, new book reveals 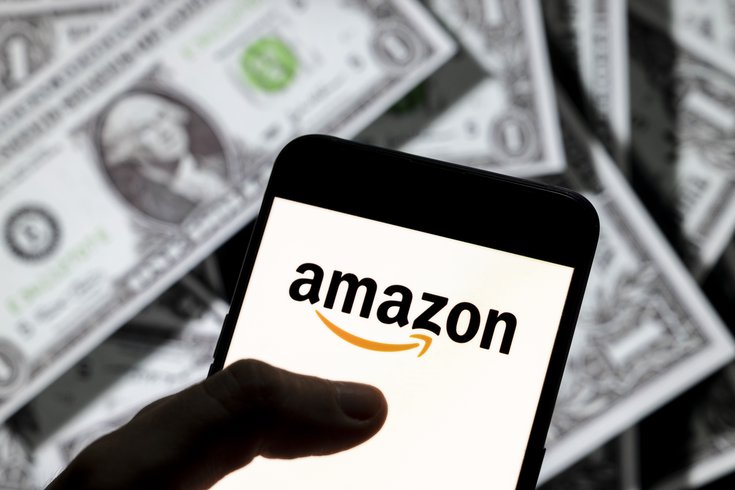 Philadelphia was among 20 finalist cities in Amazon's search for a location to build its second headquarters. The tech giant ultimately landed on Arlington, Virginia. New details about the process of the HQ2 search are detailed in Brad Stone's recently published book, 'Amazon Unbound: Jeff Bezos and the Invention of a Global Empire.'

Renderings of Amazon's $2.5 billion HQ2 planned for Arlington were met earlier this year with jeers that the building — dubbed The Helix — kind of, sort of looks like the poo emoji.

🤔
“An artist’s rendering of the proposed Amazon HQ in Virginia, which has been likened to a poo emoji” pic.twitter.com/BfGXuoiOmP

Can you imagine that thing in the Navy Yard or University City's Schuylkill Yards? That's where Philadelphia had pitched the tech giant to set up shop for its second location outside Seattle.

And in a new book by Brad Stone, author of "The Everything Store" and the recently published "Amazon Unbound," it appears Philly's proposal was among the top finalists to be considered. One of the hangups, apparently, was that soon-to-be Amazon CEO Andy Jassy is a New York Giants fan.

Here's a tidbit from Mashable, which examined some interesting details from Stone's book and what they reveal about Amazon founder and outgoing CEO Jeff Bezos:

The whole HQ2 beauty contest, not the best idea to start with, was cursed with an unusual amount of Bezos not listening. His search committee recommended three finalist cities: Chicago, Philadelphia, and Raleigh. Philly was junked in part because Andy Jassy, Bezos' successor as CEO, was a New York Giants fan. Bezos himself seems to have preferred to go for the areas offering the largest tax incentive, which meant NYC and Northern Virginia.

Philadelphia made an aggressive push to court Amazon when the HQ2 search was unveiled late in 2017, offering an enticing tax incentive package that would have amounted to about $5.5 billion, including Pennsylvania's $1 billion tax break. Mayor Jim Kenney touted the city's geography as the "Goldilocks zone" of logistics and talent for an East Coast Amazon hub, which might have brought some 50,000 jobs to the city.

And while Amazon's HQ2 search team was impressed with what Philadelphia had to offer, Stone's book details how the personal wishes of Amazon executives largely dictated the ultimate decision to choose a two-site plan in Northern Virginia and Queens. The New York site was abandoned amid major political pushback, prompting Amazon to opt for a 25,000-employee site in Arlington and a plan to distribute another 25,000 across its other U.S. offices.

Amazon also selected Nashville as the site of its "Operations Center of Excellence," touting 5,000 jobs and an investment of $230 million.

For Philadelphia residents, the consolation of missing out on Amazon HQ2 is that its arrival likely would have been a mixed bag. If Seattle's rising rents over the past decade are any indication, Amazon would have changed housing economics in Philadelphia. One study from Zillow estimated that Philly's median rent could have jumped as high as an additional $138 within a year of Amazon landing here.

In the long-run, it appears that Amazon probably will invest heavily in the Philadelphia area, anyway. The company has added multiple warehouses in recent years and eventually may have its sights on the redeveloped site of the Philadelphia Energy Solutions refinery that was closed after an explosion in 2019.

It's hard to imagine that an NFC East rivalry truly influenced Amazon's decision not to move to Philly, but it's still amusing to consider that the Eagles were in the thick of their Super Bowl LII run during the early stages of the company's HQ2 search.