Which would you rather see in 2018: Eagles win Super Bowl or Philly wins Amazon HQ2?

For many Birds fans, it's a no-brainer. For others, however, it was a tougher decision

By John Kopp
PhillyVoice Staff
We Asked You Eagles 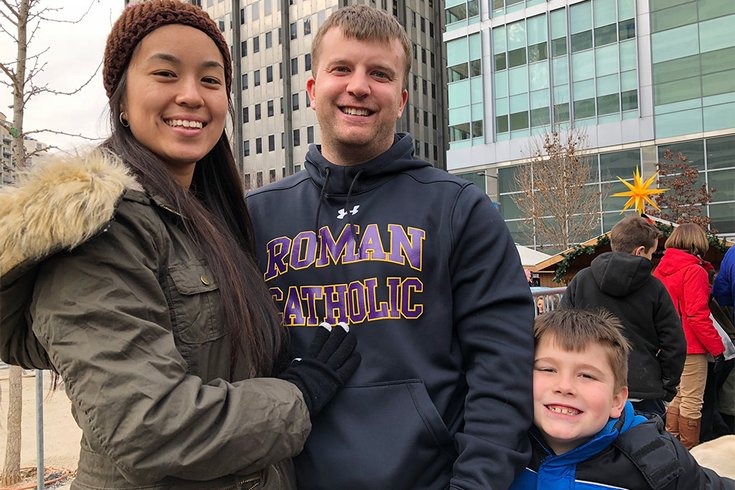 Gina Silva and Matt Wilson – both California residents – and William Manherz, right, of Philadelphia, spent Friday afternoon meandering through the Christmas Village. Matt Wilson wants an Eagles title, noting the city has gone generations without one.

Hundreds of people milled about Dilworth and LOVE parks on Friday afternoon, snapping photos with the Christmas tree, sipping hot drinks or searching for a last-minute Christmas gift.

So, with the holidays upon us, PhillyVoice took a moment to ask people a simple, but thought-provoking question.

If you could only pick one, would you prefer an Eagles Super Bowl victory in 2018 or to see Amazon bring its second headquarters to Philadelphia?

Naturally, the decision was quite easy for the most die-hard Eagles fans. After all, the franchise last won an NFL championship in 1960, seven years before the Super Bowl was born. The city has long been ready to parade the Birds down Broad Street.

"Eagles – obviously," said Bob Rahn, of the Somerton section of Philadelphia. "I'm a season ticket-holder for 25 years. Amazon headquarters would be nice, though."

To the 42-year-old Rahn, the sheer elation of seeing an Eagles triumph outweighed the economic benefits that Amazon might bring the city.

"I don't think anyone my age has ever seen them win," Rahn said. "I think the city would be crazy."

Matt Wilson, 26, a Fishtown native who now lives in California, also saw the Eagles as an easy pick.

"Screw the economy," Wilson said with a laugh. "They've never won one. We need one. You've got old people, like my dad, who have gone their whole life without seeing one.

"We live in California, but I will come back for the Super Bowl." 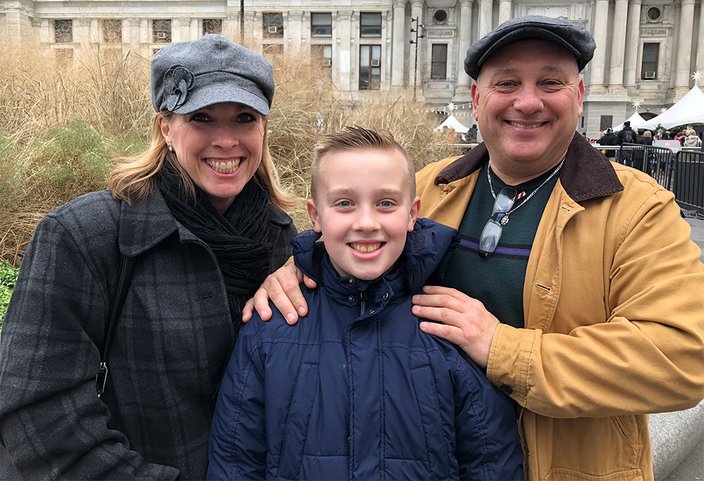 Bridget, Nicholas and Ron Trivinia pose outside of Dilworth Park in Center City. Bridget and Ron are Cowboys fans who would prefer to see Amazon build a headquarters in Philadelphia instead of an Eagles Super Bowl victory. But Nicholas – a Nick Foles fan – is all for the Birds.

'I WOULD SAY AMAZON'

But for those who pay little interest to football – or, gasp, have a different rooting interest – the decision was just as easy.

For its second headquarters, Amazon is pledging to build a $5 billion campus and fill it with 50,000 new, full-time employees – many of them earning six-figure salaries.

"We prefer Amazon because we're Dallas fans," said Ron Trivinia, 48, of Woolwich Township, Gloucester County, with his wife Bridget by his side. But their 11-year-old son, Nicholas, went all in for the Eagles, saying a title would be awesome.

Similarly, New Jersey residents Lee Luedtke and Victoria Weston, both 23, opted for Amazon because they root for the Carolina Panthers. 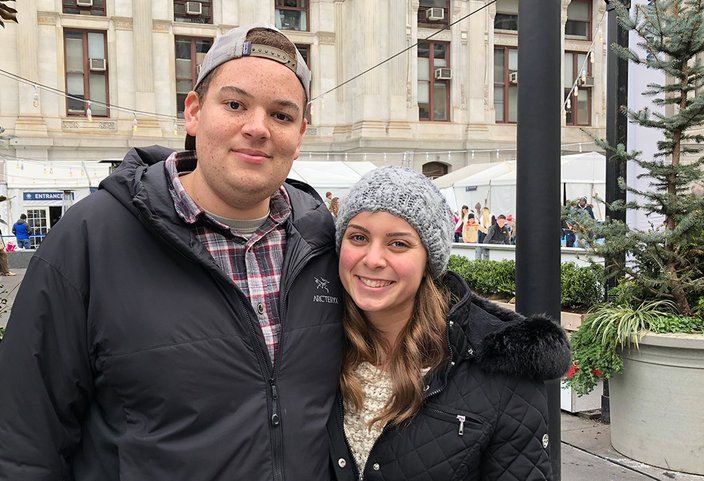 Lee Luedtke, of Long Beach Island, and Victoria Weston, of Fairfield, New Jersey, would like to see Amazon come to Philly. With Comcast, Philly would then have two corporate powerhouses, Luedtke says.

"My father was living down in North Carolina when the team went there," said Luedtke, of Long Beach Island. "It's different being a Panthers fan in Eagles country."

Plus, Luedtke wondered what the city's economy would look like with two major players – Comcast and Amazon. "That would be two big powerhouses," he said.

The decision was not so easy for some people. Their hearts tugged them toward the Eagles. But the prudent choice seemed to Amazon.

"An Eagles win would be fantastic," said Art Coia, 43, of Royersford, Montgomery County.

But after weighing and short-term and long-term impacts, Coia settled elsewhere.

"I would say Amazon," he said. 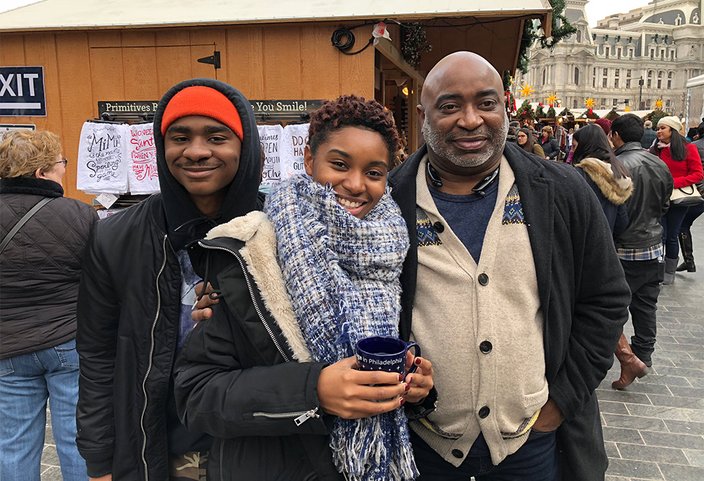 Donovan, Sabrina and Ron Carter pause as they walk through the Christmas Village in LOVE Park. Sabrina, 22, wants an Eagles championship, even though she is about to graduate from college and will need a job.

"I'm an Eagles fan, so I feel that's more relevant," Watson said. But it didn't take him long to switch sides as he weighed his desire to see economic progress.

Plus, Amazon might provide a personal benefit that the Eagles will never offer.

"Eagles players are getting paid, I'm not," Watson said. "I can always apply to Amazon."

Sabrina Carter, 22, came out on the opposite end.

"I'd like to see another parade," Carter said. "Maybe I should choose Amazon. I'm about to come out of college."

But knowing the excitement the Phillies brought the city in 2008, when they won the city's first championship since 1983, Carter opted for the Birds.

"I was little when the Phillies won the championship," Carter said. "I remember that parade. It was so much fun."

Of course, who's to say Philly won't end up with both?

Robin Greene, 40, of Roxborough, is holding out hope for the ultimate present.

"That would be the grand slam of all grand slams, wouldn't it?" Greene said.