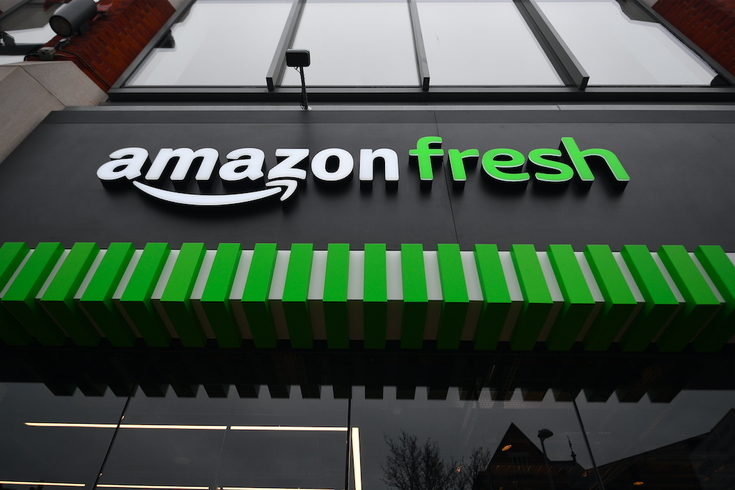 Amazon Fresh, a new grocery brand from the tech giant, is in the process of opening its first East Coast locations, including one in Warrington, Bucks County. The company is looking to fill full-time and part-time positions.

Amazon Fresh is gearing up for an opening in Warrington in the near future, marking the tech giant's first grocery store concept planned in Pennsylvania. The company is now seeking hundreds of employees to join the team.

Amazon announced Wednesday that it is offering both full-time and part-time positions at the store, located at 425 Easton Rd. in the Creekview Center.

All positions will have a starting wage of at least $15 per hour, with comprehensive benefits and a $1,500 signing bonus available to employees, the company said.

"We are proud to be part of the Warrington community and to create hundreds of good jobs with benefits locally," said Ron Marra, store manager at the new Warrington Amazon Fresh grocery store. "Our store will provide members of the community with a new, low-priced grocery store in their neighborhood, and we look forward to serving and getting to know our customers."

"We’re thrilled to welcome Amazon Fresh to Warrington," said Fred Gaines, chairman of the Warrington Township Board of Supervisors. "This new store will create hundreds of jobs for our local residents, and provide the community with a new, innovative and low-cost option for purchasing their
groceries."

Local buzz about Amazon Fresh has been growing over the past year as several locations — including Warrington — were rumored across the Philadelphia area. A second Amazon Fresh store in Bucks County is also expected to open in Bensalem at the former Kmart store on Street Road.

In Philadelphia, there has been speculation that an Amazon Fresh store could be planned for the redevelopment of a shopping center in Northern Liberties at the corner of 5th and Spring Garden streets.

Amazon Fresh locations are known for their tech-enabled features, including smart Dash Carts that enable customers to bypass the checkout line. The company is currently testing a "Just Walk Out" option at one of its Illinois stores. The technology uses a combination of computer vision algorithms and sensor fusion to identify items shoppers put in their carts. Sensors in the Amazon Dash Cart lane process payments using the credit card on a shopper's Amazon account.

In contrast to Amazon's Whole Foods brand, Amazon Fresh appeals more to middle class customers and will emphasize speedier fulfillment of online orders. A section of the store is also dedicated for the pick-up and return of Prime packages.

Earlier this year, Bloomberg reported that Amazon has plans for at least 28 more Fresh locations in addition to the 11 that currently exist. The company reportedly hopes to challenge established supermarket chains.

All candidates interested in positions at the Warrington Amazon Fresh can learn more and apply online.