Fishtown's Kensington National Bank building could be redeveloped with apartments 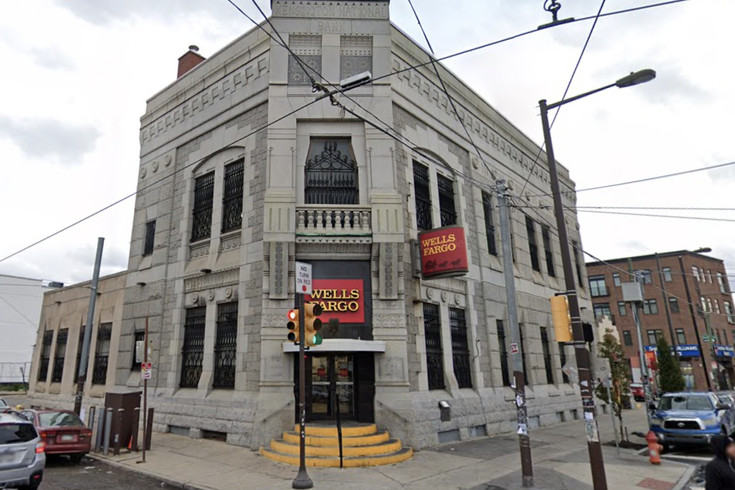 The Wells Fargo Bank building at 2 W. Girard Ave. in Fishtown was built in 1878 and designed by architect Frank Furness. Developers hope to add a new residential structure to the site's surface parking lot.

A 19th century building at the busy corner of Frankford and Girard avenues in Fishtown may be redeveloped and joined with a new mixed-use building, bringing more apartments to an area that's increasingly been targeted for residential development.

Plans are reportedly taking shape to build a new structure on the surface parking lot at the former home of the Kensington National Bank, one of many Philadelphia banks and buildings designed by architect Frank Furness. Located at 2 W. Girard Ave., the building was constructed in 1878 and currently serves as a Wells Fargo Bank branch. The parking lot wraps around the bank.

The proposed project was first reported Friday by Kyle McShane of Rising Real Estate, who wrote that the redeveloped structure would include 59 apartments and 20,000 square feet of commercial space. Wells Fargo would remain at the site on the ground floor, though it's unclear whether any other businesses might be added. There also would be 20 parking spaces, 20 bicycle spaces and a roof deck.

Redevelopment of the property would include demolishing the ATM addition and drive-thru structures currently at the site.

Rising Real Estate has several renderings of the proposed project from OOMBRA Architects.

The proposal remains in its early stages and likely will require Civic Design Review in addition to neighborhood meetings.

Furness left a major footprint across Philadelphia, though many of his banks and other buildings have been demolished. Some of his most well-known surviving structures in the city include the First Unitarian Church of Philadelphia, the Philadelphia Zoo Gatehouse, Mount Airy Train Station and the Pennsylvania Academy of Fine arts. The Library of Congress has a few photos of the Kensington National Bank during its early days, as does the Philadelphia Architects and Buildings Project.

The proposal at the bank in Fishtown joins another project in the works across the street at the 7-Eleven property on Girard Avenue, where developers are planning a mixed-used building with 107 residential units. Both projects would add more places to live around SEPTA's Girard Station on the Market-Frankford Line, part of growing emphasis on transit-oriented developments.