The mixed-used facility would be constructed at the busy intersection of Broad St. and Girard Ave. 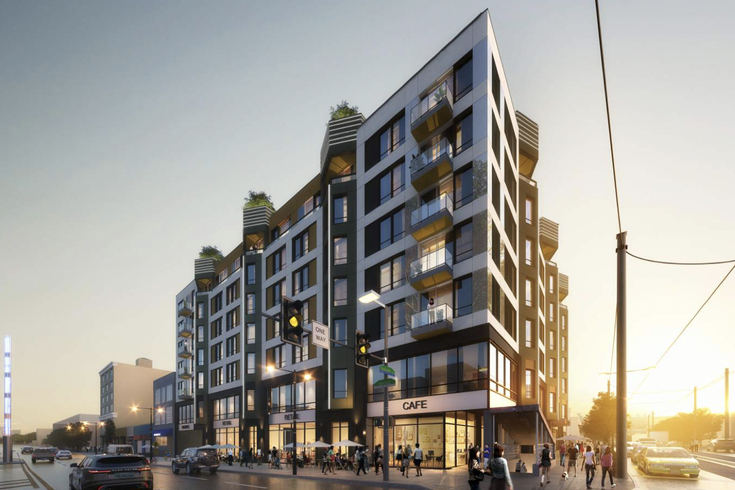 The building proposed at 922 North Broad St. at the intersection of Girard Ave. will include 201 residential units and ground floor commercial space.

Plans are taking shape to transform the busy corner of Broad St. and Girard Ave. in North Philadelphia, where a longstanding CVS/Pharmacy closed last year and indications have been pointing to a mixed-use building with apartments and retail.

A submission packet to Philadelphia's Civic Design Review board now includes renderings of a proposed seven-story building, which would include one floor of commercial space and 201 units on the 26,987-square-foot lot. The plans show a mix of studio, one-bedroom and two-bedroom apartments. The building also would include a green roof and roof deck.

A previous version of the proposal had called for 160 units and two floors of commercial space, but it appears the majority of the spacious ground floor will now consist of retail, with the exception of the lobby along Girard Avenue. Renderings of the building suggest at least one of the commercial spaces is likely to be an eatery of some kind. 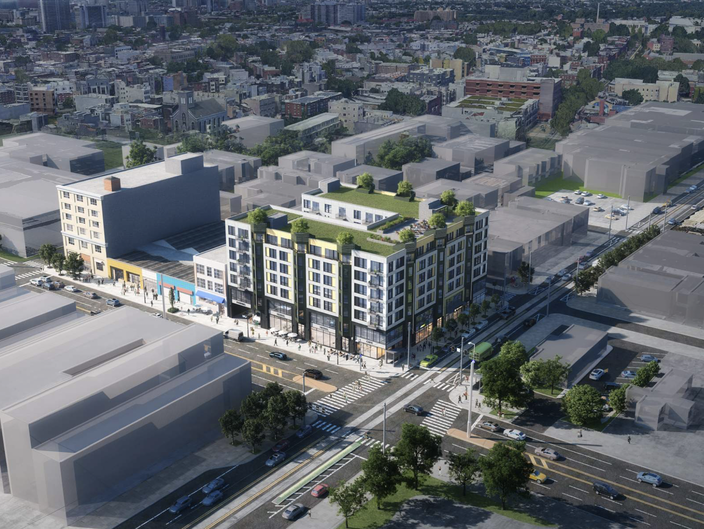 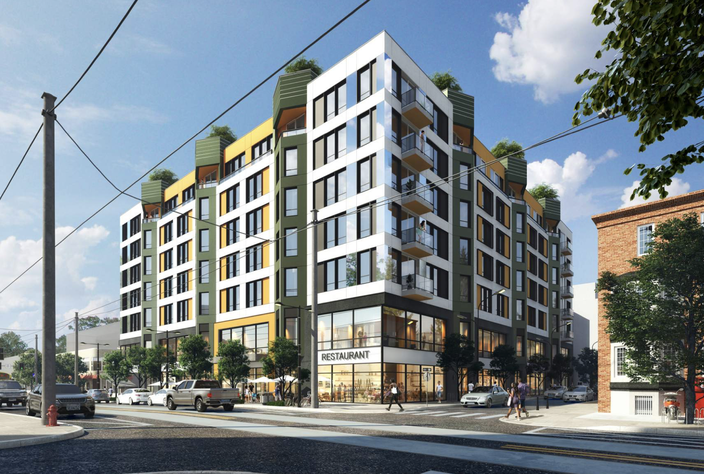 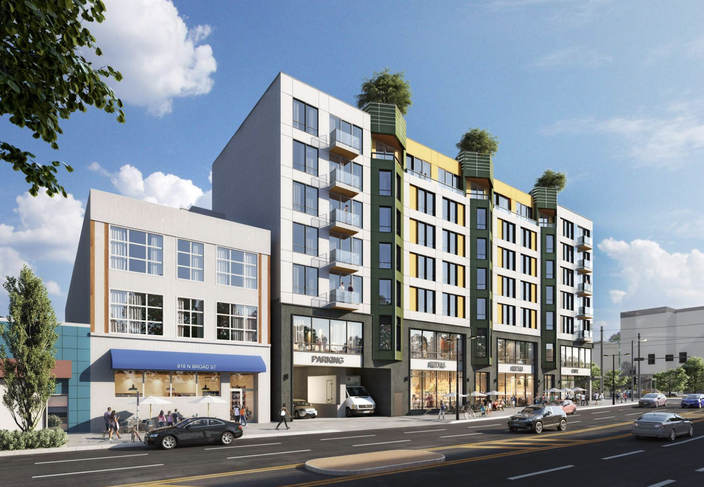 Courtesy/Coscia Moos Architecture
The property also will have 44 underground parking spaces accessed from Broad Street and 80 bike stalls, according to Rising Real Estate.

Led by Hightop Real Estate and Development and designed by Coscia Moos Architecture, the by-right project is part of a long-term effort to revitalize North Broad Street. The Girard Station on the Broad Street Line is right at the intersection, which is otherwise flanked by fast food restaurants. Adding residences here is a good way to maximize public transit.

The proposal will be reviewed by the city at the next CDR meeting on July 6.