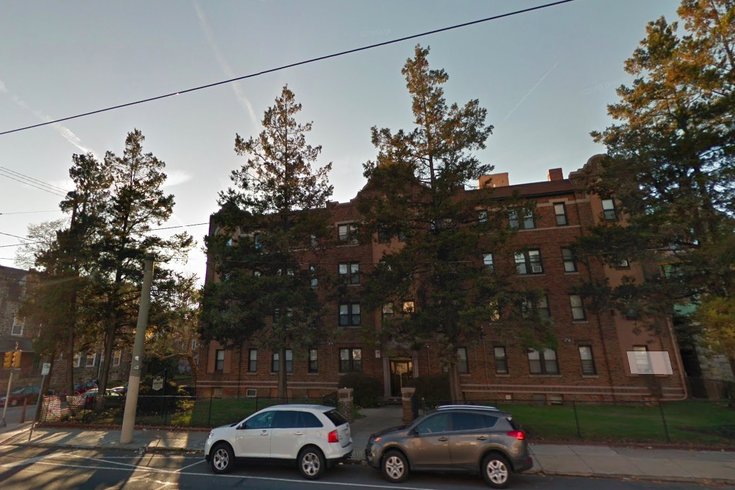 An apartment building on the 900 block North 63rd Street was destroyed by a five-alarm fire in Overbrook.

Fire broke out in an apartment building on the 900 block of North 63rd Street early Monday morning, calling for nearly 200 firefighters to douse the blaze over a six-hour period.

The fire began around 2:15 a.m., 6 ABC reported. Residents of the building, as well as adjacent buildings, had to be evacuated.

MORE NEWS: One of the 32 historic homes on Elfreth's Alley just went on the market

There were no reported injuries of the 50 individuals who were evacuated, but officials cannot yet say whether everyone made it out safely. In addition to being displaced, at least 375 nearby residents are now without power, according to PECO.

Among the firefighters, two are reported to have suffered minor burns.

Roads surrounding the scene of the fire became icy as firefighters worked to put out the flames. The ice, as well as the fire trucks, emergency vehicles, and hoses, became an additional obstacle for the firefighters.

MASSIVE PHILLY FIRE: Close to 200 firefighters are battling a 5-alarm fire in the Overbrook section of Philadelphia that has been burning for hours: https://t.co/DJw9KOm1p8 pic.twitter.com/hp8vRsWkJR

With some daylight we can see the thick black smoke from this massive fire in Overbrook. @KYWNewsradio pic.twitter.com/f6Wb7201k3

The fire was reported under control by 8:15 a.m. SEPTA Route 10 is detoured as a result of the fire.

A warming center opened for people displaced by the fire at nearby Commodore John Barry Elementary School. Red Paw Relief also went to the center to help out with displaced pets.

Our partners @RedPawRelief are on scene with us at this morning’s 5 Alarm fire on 63rd St in Overbrook. A warming center has been opened at the Barry School, 5900 Race. Red Paw would like to remind you that pets are welcome at city-opened emergency shelters or SEPTA busses pic.twitter.com/mCjDe32Cbz

Origins of the fire are still unknown, but officials believe it started on the building's fourth floor.