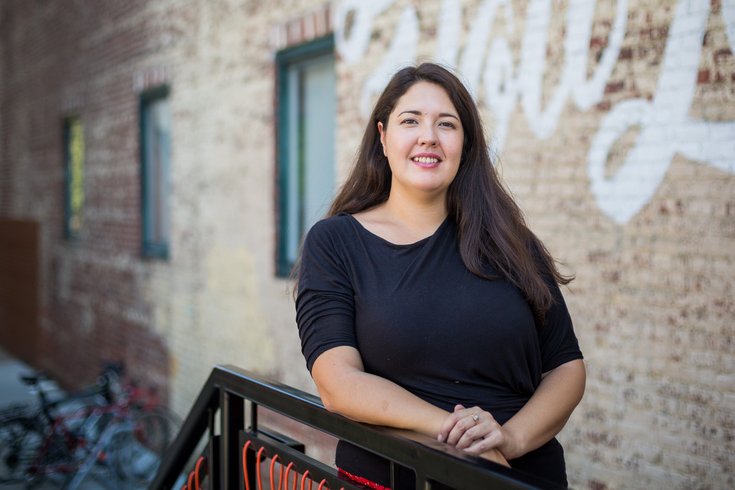 After the Piazza at Schmidt's announced in June it would now be known as Schmidt's Commons, it also hired a new events and programming coordinator to cultivate activity in the massive open space in the center of in the development. Eager to know more, we caught up with Krystal Souvanlasy, who's been personally enjoying the place since seeing a free concert there back in 2011, to get a sense of what's ahead for the Northern Liberties staple.

In a fundamental sense, how is Schmidt’s Commons different from the Piazza at Schmidt’s? What’s the need-to-know for the average person just trying to get some clarity on the rebranding?

We’re diving into a new chapter for the area. As part of that, we’ve rebranded the area to 'Schmidt’s Commons,' which honors the area’s history as the site of the Schmidt’s brewery. Not a lot of people know that the whole entire complex was originally called 'City Living at the Piazza' and it encompassed not only the Piazza event space and courtyard, but also Liberties Walk, the townhomes on George Street, lofts and more apartments on Hancock and Wildey [streets]. The event space is still called the Piazza, but the whole entire complex is Schmidt’s Commons. We have been working more closely with the local community — NLNA — and they’re excited about the changes we’re making to revitalize the area. We’re trying to refresh the Piazza with new furniture and amenities along with more neighborhood-friendly events.

How will the new approach do a better job of bringing together residents at the plaza?

My goal is to activate the Piazza at Schmidt’s Commons with small, monthly events that residents would benefit from, like Free Yoga Wednesdays by Dhyana Yoga, free workouts, movie nights; to the larger social dancing nights and festivals for the whole entire neighborhood and city.  WeWork [co-working space] has been a great asset as well in hosting events in their space that welcome our residents. We also have a great property management team and leasing team here. 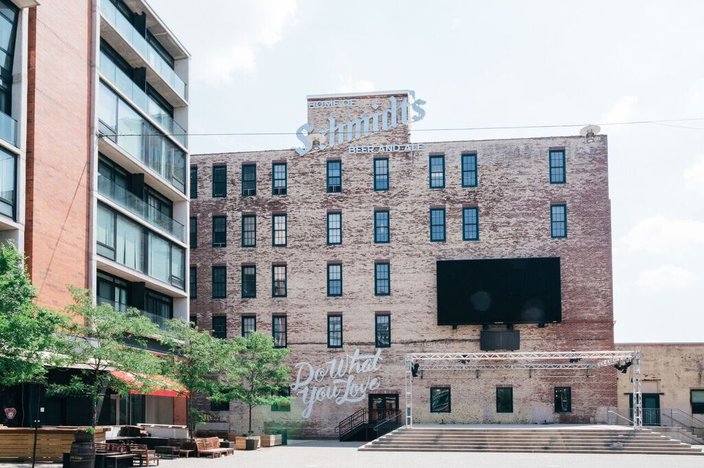 The Piazza at Schmidt's Commons.

What events do you plan to retain?

Events that already took place before my work here are Preakness at the Piazza, a fundraiser for multiple sclerosis, along with a joint New Year’s Eve party between Crabby Café & Sports Bar and Gunners Run. Those will still remain. I am actively creating new events and looking at past events in curating a full event schedule for the year.

What are some ideas you have for events that will bring new blood to the space? Particularly people from other neighborhoods who may just not want to make the hike to Northern Liberties.

We have a great event coming up on Sunday, Aug. 21, The Schmidt’s Commons Ultimate Summer Cookout, that will feature a zipline, a waterslide, a slip 'n’ slide, food, drinks, shopping, lawn games, music from the West Philadelphia Orchestra and so much more. It’s my goal to make the Piazza a destination and the place to host an event. It’s such a unique space in the city and has such great potential for any type of event. I’m also working on a Arts at Night event for September or October, family-friendly events for fall and the holidays, a fall craft beer festival for November and much, much more. I sometimes have crazy ideas, and it’s really exciting to have a space where I can really be creative. I also really enjoy partnering on events like the 2nd Street Festival on Sunday, Aug. 7.

What’s the best party you’ve ever been to?

I’ve been to a lot of great parties and it’s hard to choose just one. One that really sticks out in my head was in Las Vegas, called The Epicurean Affair at the Venetian. It reminded me a lot of the Best of Philly or FEASTIVAL parties, just larger. Of course, it is Vegas, and everything seems to be over the top there.