Shutterbugs dish on getting the perfect shot 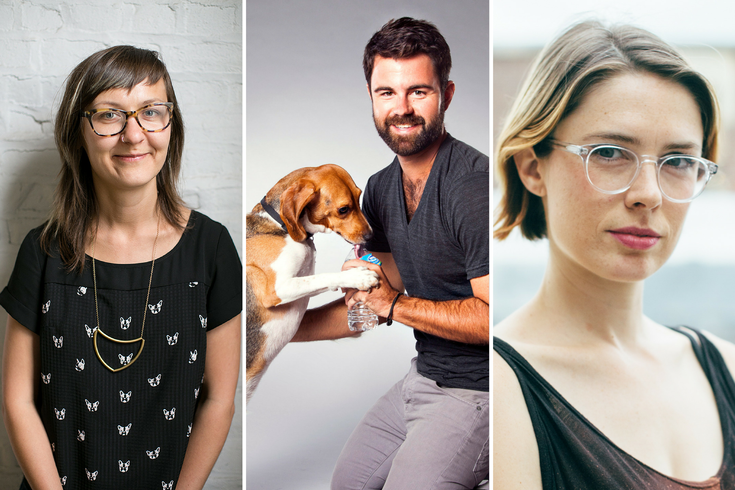 While an ever-growing list of social media apps and tiny cameras may turn everyone into an amateur photographer, some things are best left to the professionals. A selfie stick and a digital filter can only do so much.

These five Philly shutterbugs know all about creating a memorable image, and they all have predictably awesome Instagram accounts.

Whether she's taking photos of clients or shooting personal projects, Brae Howard is all about self-love. 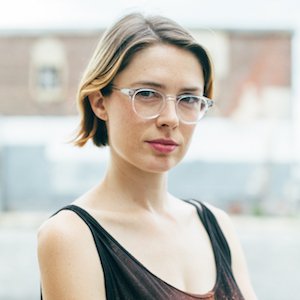 As a wedding photographer, she enjoys providing clients with beautiful photos of themselves and their family, saying it's life-affirming to have a representation of yourself you truly love. As for her personal work, which includes taking portraits of the many interesting women she meets, Howard loves a subject who loves herself.

"I really appreciate women who have a playful sense of self-appreciation. I love selfie culture, for example. Women taking photos of themselves and appreciating themselves and being into themselves - I'm inspired by that, whereas it annoys a lot of people," Howard said.

Though both types of work emphasize a certain feminine quality, weddings, of course, tend to be more planned affairs, whereas Howard's portrait shoots are rather stream-of-consciousness events. 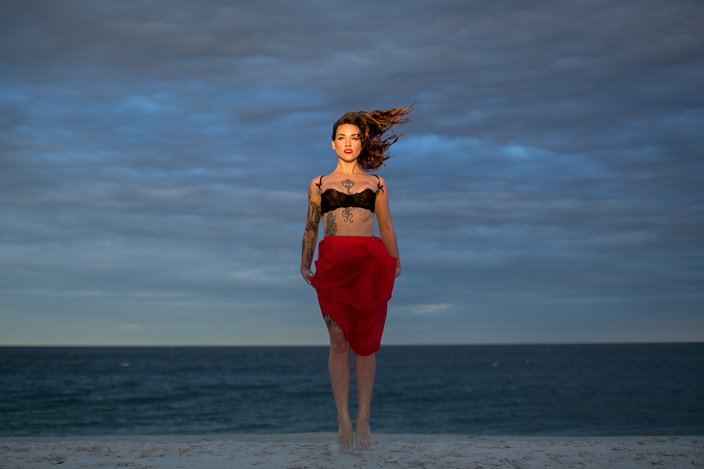 For instance, while shooting a former student she taught while working in China, she borrowed a passerby's motorbike for a quick photo. For the image above, Howard had her subject jump into the air to catch the sunlight setting behind the sand dunes. Each shoot has a potential for surprise, and that's all right by Howard.

"I'm excited by the idea of the unknown!" 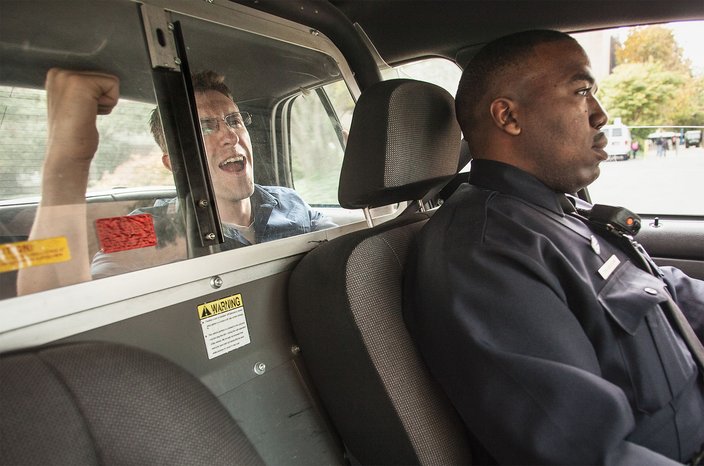 Matt Stanley takes a ride in a police vehicle. Photo by Colin Lenton.

While studying journalism at Penn State, Matt Stanley fell for photography in a photojournalism class and quickly changed his future plans. He became a newspaper photojournalist for seven years before joining the freelance life about two years ago.

Now he shoots projects like the gorgeous Delaware River waterfront and brand campaigns for upcoming State College fitness lifestyle company Anthym. Stanley also photographs college and university campuses. Like a bunch of assignments rolled into one, on a campus like Rutgers University, Stanley ends up shooting everything from sports and academics to landscapes and portraits.

Though he now partakes in mostly commercial work, Stanley's background as a journalist comes through in each image. 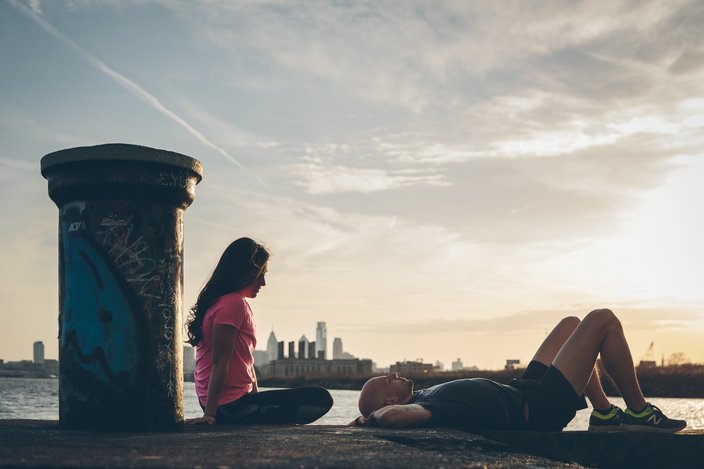 A shot for running, fitness and lifestyle brand Anthym by Matt Stanley.

And yes, that's even his philosophy when gathering awkward students for a not-so-candid group photo. In those instances, he said it's all about getting to know your subject and making them feel comfortable. Taking a breath and feeling relaxed goes a long way in creating a picture-perfect moment. 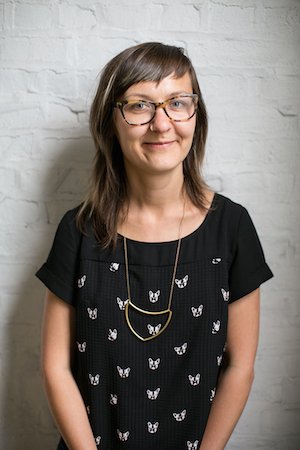 Mixing her passion for documenting family connections with the photojournalistic aspects of recording a day's events, weddings are where Inna Spivakova trains her lens.

You'd never know it from her serene photographs, but after many years on the job, the hectic pace of a wedding still makes Spivakova a bit nervous. Armed with experience, she loves the high-stakes atmosphere because it keeps her on her toes.

The job has also taken Spivakova to many different places, like the giant rug-filled room at Material Culture or to Costa Rica for a destination ceremony.

"Life takes you to places sometimes that you didn't expect!" she said.

This she knows from experience. Born and raised in Russia, Spivakova first came to the U.S. for a summerlong work-travel program before deciding to stay and study photojournalism at Temple University. 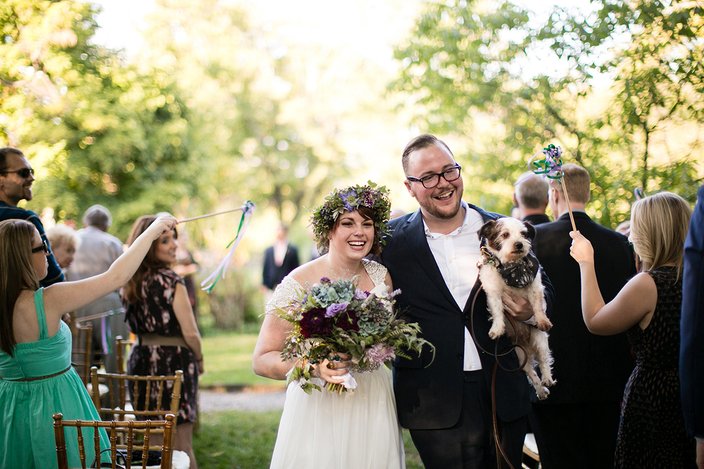 Amy and Mike get married at Bartram's Garden. Photo by Inna Spivakova.

Now, she also cultivates a side project taking portraits of women like colleague Brae Howard (the pair took each other's portraits, above). In a series she calls "Vintage Beauty," Spivakova photographs women wearing their mothers' or grandmothers' dresses and accessories.

The images capture not just the subject but the generations that came before them. Her passion for sharing family history is apparent each time Spivakova posts a new shoot on her blog. 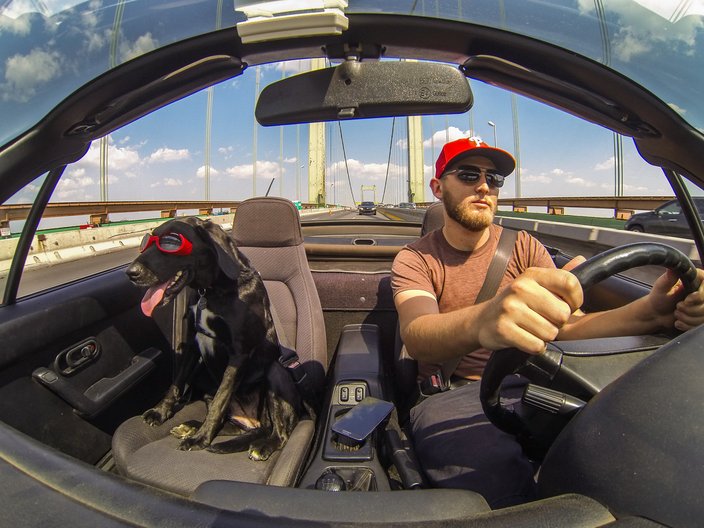 Enamored with photography from a young age, Dave Londres started studying the craft in high school. Having skills in both photo and computer science, Londres almost chose a career in technology. Luckily, he isn't sitting behind a desk today.

"Getting out and meeting new people, seeing different things every day is definitely awesome," Londres said.

And, of course, he meets a lot of people. Whether shooting events or portraits, Londres knows that the best way to combat the uncertainty of a photo shoot is to be prepared. He does a ton of research on his subjects beforehand and comes up with Plan A and Plan B before stepping onto a shoot.

Since, as Londres said, "some people come in [for a photo] and they’d rather be at the dentist," he uses his conversation skills to break the ice. In Philadelphia, talking sports is often a great way to go. 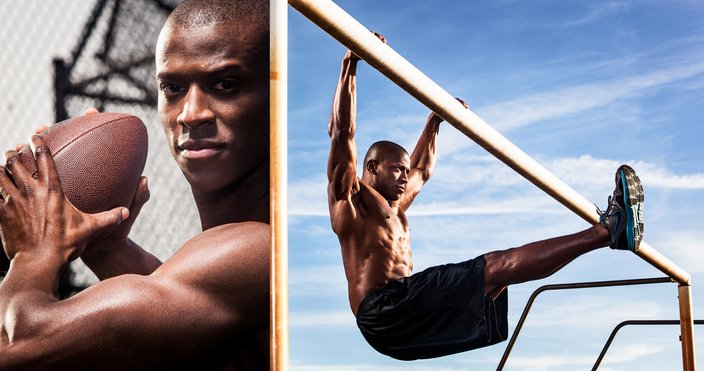 As an avid sports fan, Londres loves to shoot portraits of industry figures, too. Rather than shooting alongside tons of other cameras on the sidelines, he prefers to bring control and value to the situation and focus on the athlete, not the action.

One man he'd like to shoot is someone plenty of Philly sports fans would also like to get their hands on: Sixers General Manager Sam Hinkie. 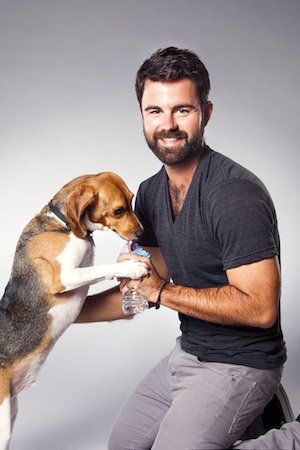 Like Londres, Colin Lenton grew up wanting to be a photographer, often toting handfuls of disposable cameras to school field trips. As an adult, he shoots environmental portraits, images of ordinary people in their "natural habitats," whether that's an office building or a vineyard.

As a freelancer, he's traveled around the country with Mini Cooper, flew to La Jolla, California, to shoot an ultra-marathon runner and photographed some of Philadelphia's biggest influencers.

Of course, when you're shooting public figures like Tom Wolf or Lynne Abraham, time is often of the essence. But by now, distilling big personalities into a few shots is kind of Lenton's specialty. Even though he has so many interesting people in his portfolio, Lenton would still love to get Jim Kenney or Mo'ne Davis in front of his lens. 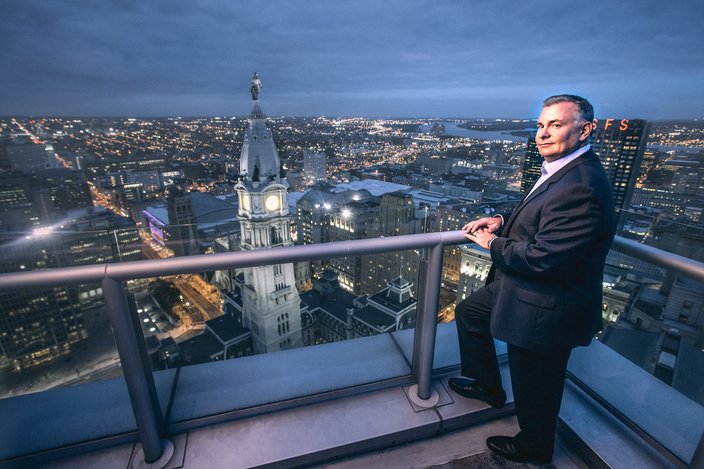 But until then, he'll spend time creating work for local publications and doing the not-so-fun part of his job: the business of running a business.

"I think people would be surprised to know that photography is only about 10 or 15 percent of my actual workload. The rest of it is...answering emails, reading contracts, tracking down invoices."