Five signs of an unhealthy relationship 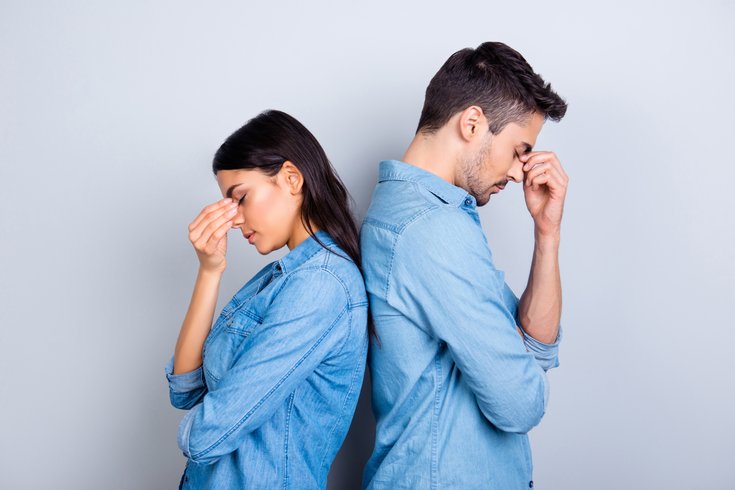 Regardless of how perfect it may appear, no relationship exists without conflict. Every couple is bound to experience the occasional rough patch: Disagreements, misunderstandings, and general bad moods are unavoidable life challenges. But sometimes these rough patches aren’t so occasional. While healthy couples resolve friction through compassionate communication, other couples find themselves struggling in their partnership. This can lead to animosity, depression, and an overall loss of self-worth.

Here are five red flags that a relationship isn’t healthy:

Trust is the root of a thriving relationship. Lying and other deceptive behaviors break this trust, tainting the emotional honesty a healthy relationship requires. Of course, everyone tells white lies; but saying “I love your cooking” is vastly different from consistent dishonesty. If one or both partners regularly lies about things like where they’ve been, how much money they’ve spent, or who they spend their time with, the relationship is not healthy. Lies like this prevent real intimacy, foster guilt, and put strain on the couple dynamic.

Controlling behavior can be especially toxic, and often escalates as time goes on. This sign of an unhealthy relationship takes on many forms and is usually focused on minimizing a person’s autonomy and independence. Things like isolating a person from friends and family, governing a partner’s personal style choices, and limiting where they go or how late they stay out are all symptoms of control and manipulation. A controlling person will try to convince their partner that the rules and regulations being built around them are for their own good, leading to feelings of shame and reliance. This type of behavior is destructive, often walking (and crossing) the fine line between an unhealthy relationship and an abusive relationship.

Addressing conflict head on is always nerve-wracking, and most people struggle to navigate difficult conversations. While it’s tempting to use excuses like, “I don’t want to talk about it,” these exchanges are often the only way to resolve a dispute. This is especially important when nurturing a healthy relationship. If a couple avoids communicating their concerns just to “get by” or not “rock the boat,” resentment will build and stress will multiply. Facing the truth is a hard but necessary step in cultivating a strong relationship.

Everyone has insecurities, but these should never be exacerbated by a partner. Relationships should be fulfilling both physically and emotionally. In an unhealthy relationship, however, partners can whittle away at the other’s self-confidence. Subtle criticisms, like calling a partner “too emotional” or making a negative comment about their weight can fuel contempt and deplete self-worth. In fact, relationship counselors found that frequent criticism is the single greatest predictor of divorc.

Co-dependency is more than just being clingy or needing extra attention. In a co-dependent relationship, one partner is the taker while the other is the giver. The giver will subvert their own needs to conform to those of their partner, while the taker will rely on that partner for extreme support and validation. This imbalance creates high level of emotional distress— codependency often leads to anxiety, unhealthy boundaries, and low self-esteem.

Keeping an eye out for these five troublesome patterns of behavior can help you identify signs of an unhealthy relationship and act to ensure you are making your own well-being a priority.