Here’s why you should stop drinking energy drinks 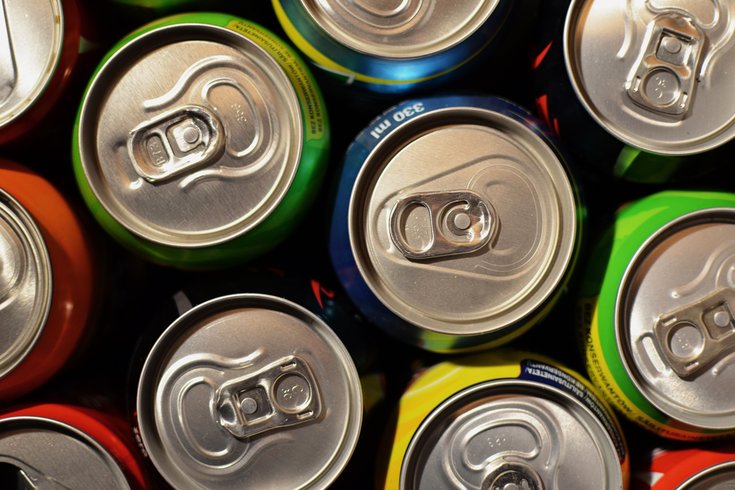 When it’s late afternoon and your eyelids start to droop, it can be tempting to reach for a quick energy fix. Whether it’s an ice cold can of carbonated energy or a quick shot that promises a five hour boost, energy drinks are being widely consumed to enhance mental and physical performance. But is this stopgap really worth the toll it takes on your body? As research advances, doctors and scientists agree: energy drinks aren’t healthy. Here’s why:

Most people know that soda is packed with an unhealthy volume of sugar. Energy drinks, on the other hand, don’t have the same reputation, likely due to poorly regulated nutrition labeling . Believe it or not, some energy drinks have up to 16 teaspoons of sugar per can, despite producers marketing their beverages as “dietary supplements.”

The American Heart Association recommends consumers have no more than six teaspoons (24 grams) of sugar a day, as too much sugar can lead to obesity, heart disease, tooth decay, and cancer. Even one energy drink can surpass this suggested limit, putting the body at risk for serious health concerns.

They cause sleep problems

Energy drinks may feel like a mood and performance booster (especially during bouts of extreme fatigue), but the truth is, they can actually have the opposite effect. Fatigue is the body’s way of telling the mind it needs sleep—when that red flag is ignored, the body is unable to perform critical functions like growing and repairing muscles, synthesizing hormones, and refreshing cognitive function.

In a 2010 study, researchers found that active service members who drank three or more energy drinks a day were significantly more likely to report less than four hours of sleep a night than those who avoided energy drinks. They were also more likely to report falling asleep during briefings or while on guard duty—likely causing them to reach for yet another energy drink. This creates a vicious cycle. Despite the appeal of a seemingly effective solution to sleepiness, energy drinks may actually contribute to sleep problems, not solve them.

Too much of a good thing

Caffeine is relatively safe for most people, especially in moderation. In fact, low levels of caffeine can improve short-term memory and speed up reaction times. However, because energy drinks aren’t regulated by the Food and Drug Administration (FDA), manufacturers can include unsafe levels of caffeine in their beverages or mix caffeine with other stimulants like guarana. Overdosing on caffeine is possible, and much more likely when mixed with these additional stimulants often found in energy drinks.

Just one energy drink can contain multiple times the amount of caffeine as a cup of coffee, and they are often consumed much more quickly—leading to a more sudden caffeine spike. While a caffeine overdose isn’t likely to result in death, it can cause heart palpitations, nausea, vomiting, convulsions, metabolic acidosis, and hypertension.

If you’re having trouble keeping your energy levels up, consider making long-term lifestyle changes rather than putting a band aid over the problem. Improving the nutritional quality of your diet, getting regular exercise, and maintaining a healthy sleep schedule are all ways to prevent chronic fatigue and lessen the urge to reach for that mid-day energy boost.