Vaping isn’t an alternative to smoking — Here’s why 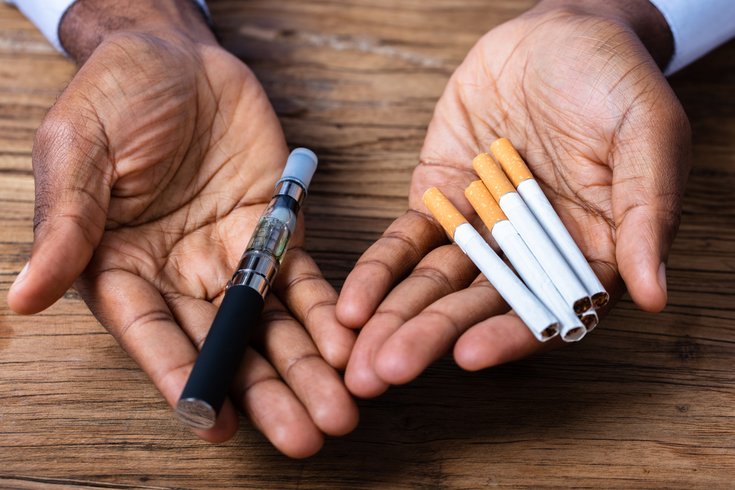 Vaping, the practice of inhaling the vapor produced by electronic cigarettes, has exploded into one of the trendiest activities of the decade. This new technology is largely unstudied, and its long-term effects are unknown. The vapor released upon exhale is aerosol and consists of fine particles sometimes containing toxic chemicals linked to cancer, heart disease, and other life-threatening ailments.

For many former smokers who’ve quit cigarettes, vaping may have seemed like a good stand-by as nicotine withdrawal ran its course. Some even see vaping as a life-long, risk-free cigarette alternative. These people never decrease their nicotine consumption under the impression that they’re making the healthy choice, so long as they’re no longer smoking cigarettes.

Here’s the reality – vaping also carries risks and shouldn’t be seen as a safe alternative to cigarettes. Those who truly want to kick smoking and ditch their nicotine addiction for good should consider methods like cognitive behavioral therapy or prescription medications recommended by a doctor.

Many people who were never cigarette smokers are under the impression that vaping is the safe and convenient cigarette alternative of the future. The result? Huge volumes of people are finding themselves reliant on nicotine—the potent, highly addictive compound naturally found in tobacco. This has become especially prevalent in teens and young adults.

Vaping has played an enormous role in the resurgence of nicotine addiction in teens. And, many of these teens are under the false impression that because e-cigarettes don’t involve the combustion of tobacco, chemicals, and additives, they don’t contain nicotine either.

Unknown by many, vaping has many consequences on the developing brains of adolescents. Regularly exposing the young brain to nicotine harms proper maturation of vital brain functions like mood, attention, and impulse control.

By educating this vulnerable population about the damage e-cigarettes can have on both the lungs and mind, adults can squelch the assumption that vaping is a healthy, risk-free alternative to cigarettes.