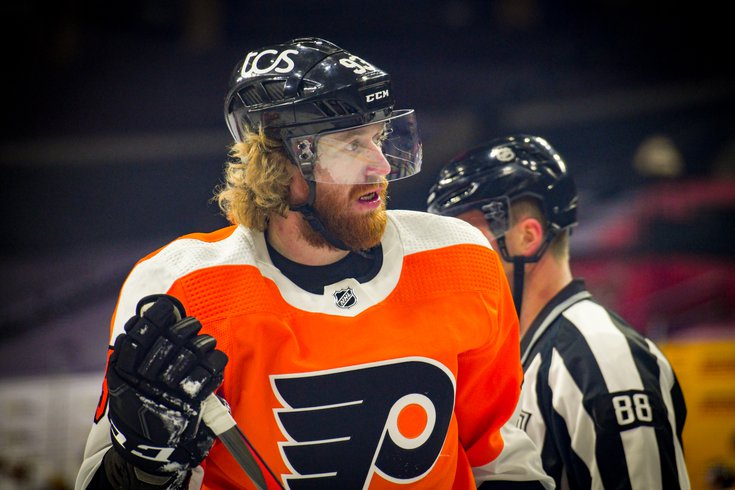 PHILADELPHIA, PA- JANUARY 13: Jakub Voracek #93 of the Philadelphia Flyers looks on during the game against the Pittsburgh Penguins on January 13, 2021 at the Wells Fargo Center in Philadelphia.

Flyers' GM Chuck Fletcher has been busy — and his latest move is sure to have fans divided, just like his other consequential trades this offseason.

We have acquired forward Cam Atkinson from Columbus in exchange for forward Jakub Voracek.

Atkisnson averaged .64 points per game over 10 seasons in Columbus, eclipsing 20 goals six times including 41 goals scored in 2018-19. He carries with him four more seasons under contract at a hair under $6 million per in cap hit.

Voracek's full $7.5 million now comes off the books, as the Flyers shed he and his recent struggles. Though he was an asset machine, he scored just 21 combined goals over the last two truncated seasons. He also was more or less invisible during the postseason.

We'll see if there are even more moves to come as this eventful offseason continues.