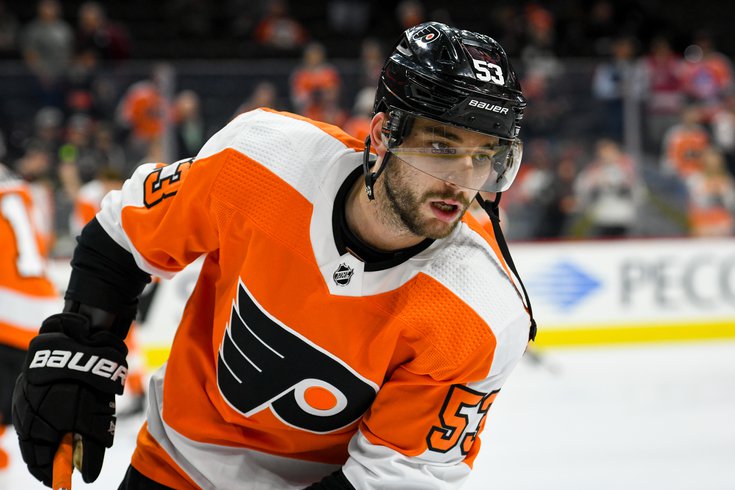 The NHL's "trade freeze" expired at 1 p.m. on Thursday, and the Flyers apparently didn't waste any time getting involved.

By leaving several of their highly-priced players exposed to Seattle in Wednesday night's expansion draft, the Flyers were hoping to get some much-needed salary cap relief as they look to retool following a disappointing end to the 2020-21 season, one that ended without a playoff berth a year after earning the No. 1 seed in the Eastern Conference during the bubble play-in.

But the Kraken didn't select any of those players from the Flyers, instead taking younger, cheaper Carsen Twarynski to the surprise of many, leaving Chuck Fletcher and Co. without the cap relief they were seeking.

It didn't take long for them to correct that, as they'll be sending Shayne Gostisbehere, along with a 2022 second-round pick and a 2022 seventh-round pick, to the Arizona Coyotes in exchange for some salary cap relief.

"This was a difficult decision but one we thought was necessary given the reality of the salary cap," said Flyers GM Chuck Fletcher. "Shayne has been a quality player for this organization since the moment he arrived in Philadelphia and has been a part of many special moments in his seven seasons as a Flyer."

On Thursday afternoon, Fletcher addressed the media and discussed what the trade means for his team moving forward.

Fletcher on the team's cap situation: "It's better. We have holes to fill." Mentions a "hockey" trade of dollars for dollars.

"This was purely a cap move, and we do feel in the future, Cam York and Egor Zamula can help this club," says Fletcher.

Gostisbehere was with the Flyers for parts of sevens seasons and posted 219 career points, the fourth most in franchise history for a defenseman, in 381 regular season games. He also led the Flyers blue liners in goals (9) and was second in points (20) in 2021-21, but it was becoming more and more clear that his time in Philly was coming to an end.

A few years ago, a $4.5 million cap hit sounded more than fair for an up-and-coming offensive-minded defenseman, but following a hot start to his career, Gostisbehere, 28, failed to live up to expectations and his defensive shortcomings ultimately proved to be too much for his offensive firepower to even out.

After a sensational start to his career in which he scored 46 points in his rookie year and 150 over his first three seasons (218 games), including a career-high 65 in 2017-18, Gostisbehere has recorded just 69 points in his last 3 seasons (161 games). That's a drop-off from 0.69 points per game to just 0.43 points per game. That's still an impressive average for a defenseman, but his defense became a liability, one that was highlighted this season by an overall poor effort by the Flyers at the blue line.

The Flyers already made one move to improve their defensive ranks this offseason, recently trading for Predators defenseman Ryan Ellis. And, with the NHL Draft starting on Friday, this certainly won't be the last move the team makes.