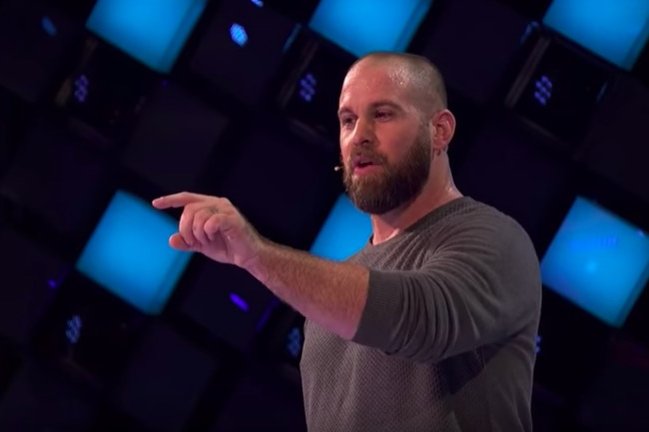 Jon Dorenbos, former Philadelphia Eagles long snapper, is living out his second career as a magician for all the world to see on "America's Got Talent."

Dorenbos played for the Eagles from 2006 to 2017, and he made his first appearance on "AGT" in 2016, auditioning with a card trick before ultimately finish third place for the entire season.

In the latest installment of the talent show franchise, "AGT: The Champions," Dorenbos returned and advanced to the final round as the wildcard selection. During his finale trick last week, Dorenbos attempted an over-the-top stunt that had judges Howie Mandel, Mel B, Heidi Klum, and Simon Cowell quite dazzled.

Take a look at the full trick below.

In the end, however, Dorenbos was among the acts cut from the final 12 of "Champions," and Monday night's season finale, came down to slight-of-hand magician Shin Lim, who had been crowned this season's winner, and ventriloquist Darci Lynne, who won 2017 season.

Ultimately, Lim won "America's Got Talent: The Champions," and claimed the $25,000 prize. Check out Lim's and Lynne's final acts below.

Coming back for the #AGTFinale with all my friends and fam was a dream come true!! Thank you to everyone who tuned in and watched! I had such an incredible time performing and being back on the @AGT stage! 🎉❤️ @nbc pic.twitter.com/kf5500CFiY