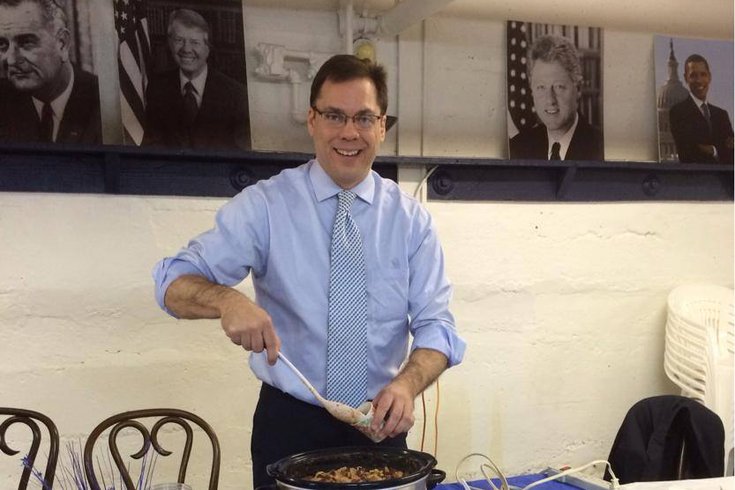 It's been an interesting July for former eight-term Harrisburg City Councilman Brad Koplinski, who was arrested Sunday in Philadelphia.

Despite being a "staunch" Democrat, Koplinski was spotted at the Republican National Convention last week selling Trump political buttons, according to PennLive.

He explained to PennLive that his temporary gig as a vendor supporting the other party's candidate was because as a "political junkie" he wanted to attend the event, and his Iowa friend offered him a pass if he sold the buttons.

Had a great time in Cleveland, but I can't wait to get to Philly! #ImWithHer pic.twitter.com/Yx53IGHg56

Strange? Sure. But not illegal. Koplinski allegedly saved his crime for Sunday in Philadelphia for the start of the Democratic National Convention.

He is accused of stealing parking passes and food vouchers for the event while inside the Pennsylvania Convention Center, Philadelphia District Attorney's Office spokesperson Cameron Kline confirmed Wednesday.

The Philadelphia Inquirer additionally reported that Koplinski allegedly used a press pass from the RNC to enter the convention center and take the passes.

A Facebook message sent to Koplinski seeking comment Wednesday morning was not immediately returned. However, a scroll through his page shows that some of his friends are concerned about him: 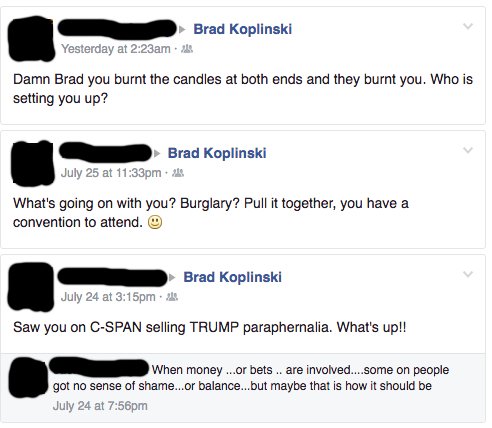 Koplinski, who once ran for lieutenant governor of Pennsylvania, is charged with theft by unlawful taking, theft by deception, receiving stolen property and burglary. He was arraigned and released after posting 10 percent of $10,000 bail, and a preliminary hearing is scheduled for Aug. 8.