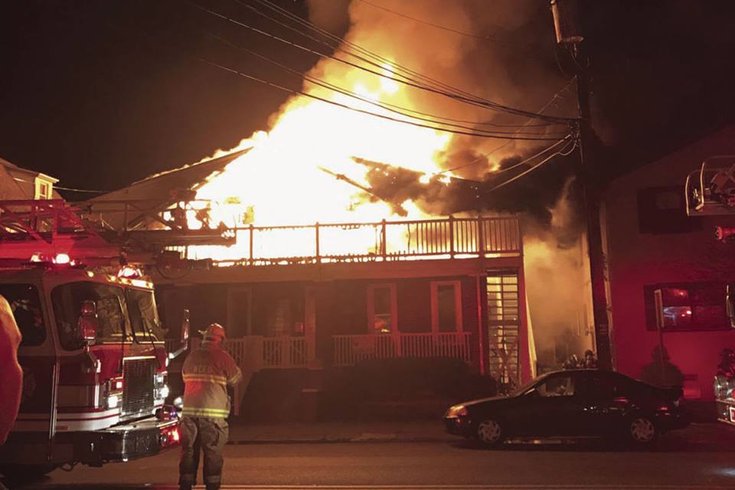 A pair of fires ripped through a Jersey Shore house this week, but first responders and neighbors were able to safely remove seven residents and two pets from the structure.

The first blaze broke out Monday around 6:20 p.m. at a multi-unit beach home on the 5500 block of Park Boulevard in Wildwood Crest, New Jersey. There were three occupied units in the two-story building.

Units from the borough's police and fire departments responded to the scene where four adults and three children - ages 7, 6, and 1 - were still inside the residence that was fully engulfed in flames.

Two officers and a firefighter were able to reach three adults, a child and two dogs from apartments on each floor and take them to safety.

However, a man and two children were trapped in a second-floor unit. Officers, firefighters, neighbors and Wildwood Mayor Ernie Trioano Jr. worked together on the ground to catch the two children as their uncle dropped them from a balcony. The man managed to jump from the balcony to a garage roof to the ground. None of those three were injured during their descents. 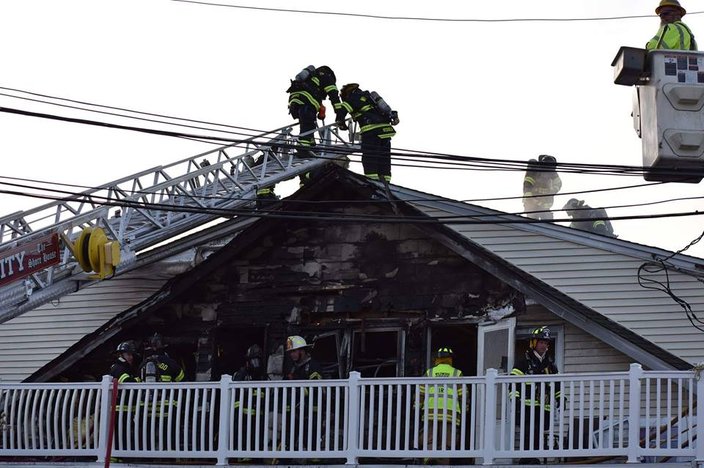 Once the structure was cleared, firefighters were able to extinguish the blaze within 20 minutes. The Cape May County Fire Marshal’s Office determined the fire was accidental.

A woman was transported to Cape Regional Medical Center due to smoke inhalation, but no other injuries were reported.

Approximately seven hours later, the property went up in flames again. Fire crews brought the blaze under control within 30 minutes. The fire was caused by a rekindling of the previous blaze, fire officials said.

Relatives and friends of the victims have created a GoFundMe page to raise funds.