'The Color of Science' promotes diversity in science fields 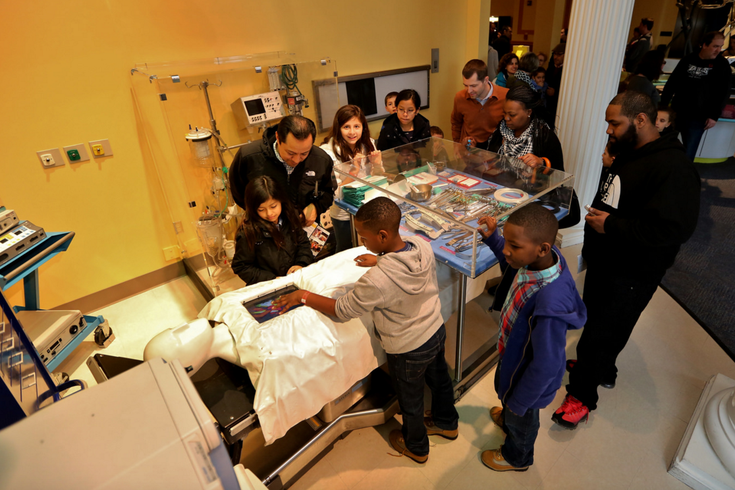 Museum visitors engage with science exhibits in the Franklin Institute on March 14, 2015 during "The Color of Science."

The Franklin institute will host "The Color of Science" for two days beginning April 1.

Each year The Franklin Institute hopes the program will "increase awareness of the significant contributions that women and persons of color have made in science and technology, and illuminate the need for diversity within the scientific and engineering arenas," as stated in a press release.

This year, the first day of the event will focus on highlighting four male African Americans with powerful stories of success in science, technology, engineering and math (STEM) fields.

Related: New Franklin Institute exhibit "The Science Behind Pixar" is an homage to STEM

The guest speakers were chosen as role models, to talk about their experiences and successes as a minority within their STEM field.

Starting at 6 p.m., the discussion will feature an astrophysicist, the inventor of the electret microphone that is used in cell phones today, the Senior Vice President of the United Negro College Fund and a young engineer from The Franklin Institute’s Youth Program.

The panel discussion is free to attend but does require registration.

Then on April 2, "The Color of Science" will continue with an expanded group of scientists and engineers. Each will be set up at stations throughout the museum exhibits to engage visitors in demonstrations.

Anyone can purchase tickets to the museum to view the demonstrations.

"The Color of Science"