Humans and dogs share condolences for Diesel on social media 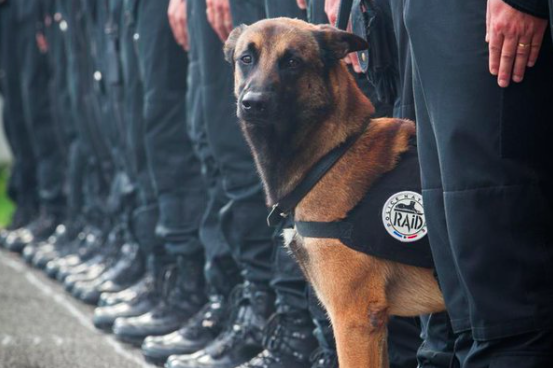 Diesel, a 7-year-old French police dog, was killed in the line of duty Wednesday.

A French police dog killed in a raid targeting suspected Paris attack mastermind Abdelhamid Abaaoud is being hailed as a hero.

Diesel, a 7-year-old Belgian shepherd dog, died during a raid that ended in the reported death of Abaaoud in the Paris suburb of St. Denis.

News of the animal's death was announced by French police on social media Wednesday, leading to an outpouring of sympathy. The hashtag #JeSuisChien, which translates to "I am dog," was trending.

Many four-legged supporters and their humans thanked Diesel for the dog's bravery and loyalty.

"Greater love hath no dog like this, that a dog lay down his life for his peoples." -Doggie Bible. #RIPDiesel pic.twitter.com/6oqAWHdvba