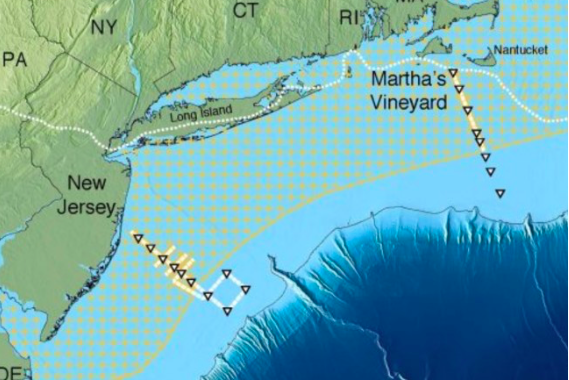 A massive freshwater reservoir was discovered beneath the Atlantic sea floor along the East Coast of the United States. Researchers believe the findings could eventually provide a source of potable water for parts of the world facing scarcity.

Scientists have discovered an enormous aquifer buried underneath the Atlantic Ocean, revealing a freshwater reservoir that could become an invaluable natural resource.

Stretching from the New Jersey coast to Massachusetts, the reservoir has been recognized in pockets for decades. The new study from Columbia University and Woods Hole Oceanographic Institution, published in Scientific Reports, shows the massive dimensions of the aquifer for the first time.

"We knew there was fresh water down there in isolated places, but we did not know the extent or geometry," said Chloe Gustafson, a PhD candidate at Columbia University and the study's lead author.

Located about 55 miles off the Atlantic Coast and starting about 600 feet beneath the sea floor, researchers found freshwater deposits in sediments believed to date back to the end of the last Ice Age, about 15,000 to 20,000 years ago.

If the reservoir were on the ocean surface, researchers say it would be a lake covering 15,000 square miles and containing 739 trillion gallons of low-salinity groundwater.

The discovery was made using electromagnetic imaging during a 2015 expedition on the vessel Marcus G. Langseth. Measurements showed that the reserve was "more or less continuous" and reached as deep as 1,200 feet in some locations, according to Tech Times.

Researchers believe the discovery could become an important resource for the world as some regions struggle with scarcity now and in the decades ahead.