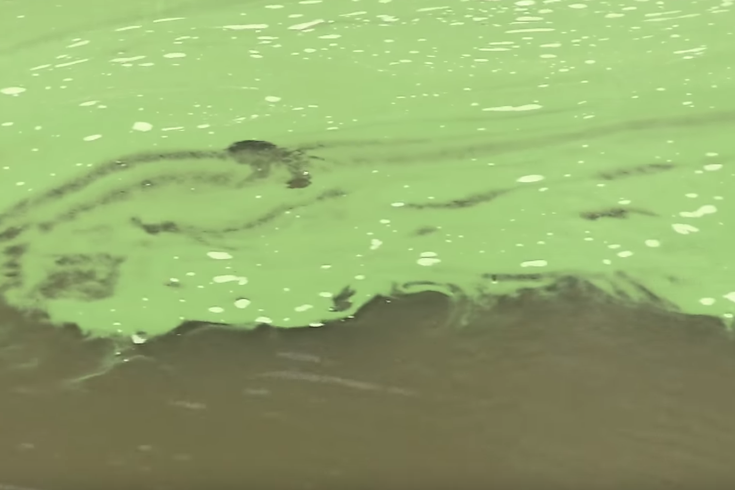 Swimming in Hopatcong State Park and in Lake Hopatcong, the largest freshwater lake in New Jersey, is prohibited until further notice because of harmful algae bloom, the New Jersey Department of Environmental Protection announced this week.

The news comes just a week before the Fourth of July, one of the busiest days of the year for the lake and surrounding area, per the Morristown Daily Record.

Lake Hopatcong, located in Morris and Sussex counties, sits less than 100 miles northeast of Philadelphia. The lake stretches nine miles long and is covered by roughly 2,500 acres of freshwater.

The technical description of the problems at the lake comes from the NJDEP, which describes a "Cyanobacterial harmful algae bloom" occurring at Lake Hopatcong. Cyanobacteria is currently overproducing and blooming in Lake Hopatcong, resulting in discolored water and producing "scum" on the water's surface.

According to the NJDEP, cyanobacteria can produce toxins called cyanotoxins that are dangerous for humans, pets, livestock, and wildlife. Exposure to these cyanotoxins can lead to rashes, allergy-like reactions, flu-like symptoms, gastroenteritis, respiratory irritation, skin rashes, and eye irritation, according to the Daily Record.

The warning may be in place for weeks, according to the Daily Record, likely impacting a number businesses who rely on the summer months for a large portion of their yearly revenue.