Charles McGee, 55, an acquaintance of the victim, William Cline Jr., has been arrested and charged with the homicide 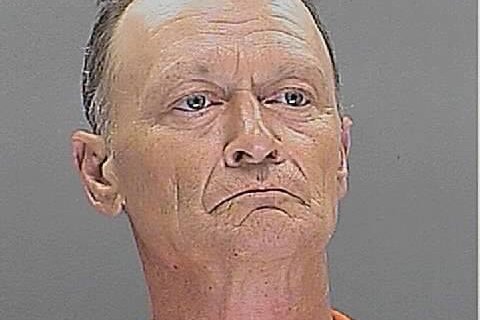 Charles McGee, 55, allegedly shot William Cline Jr., 48, once in the back of the neck and buried his remains in the Brendan T. Byrne Forest in the Pine Barrens, according to the Burlington County Prosecutor's Office.

A missing New Jersey man's body was found in the Pine Barrens on Saturday and authorities believe a friend of the victim allegedly shot and buried him.

Charles McGee, 55, of Pemberton Township, was taken into custody on Monday. He is charged with first degree murder, desecration of human remains, and firearms offenses, the Burlington County Prosecutor's Office said.

Authorities believe McGee shot William Cline Jr., 48, of Pemberton Township, once in the back of the neck and buried his remains in the Brendan T. Byrne Forest.

Cline was last seen leaving his home in a gold 1996 Ford Ranger pickup around 6 a.m. on Aug. 20. Authorities released a statement two days later asking for help in finding the missing man.

A few days later a motorcyclist passing through the Pine Barrens found Cline's remains in the forest and alerted authorities on Saturday.

It is unclear how Cline and McGee knew each other, but authorities said that the two had spent previous time together. The motive is also unclear.