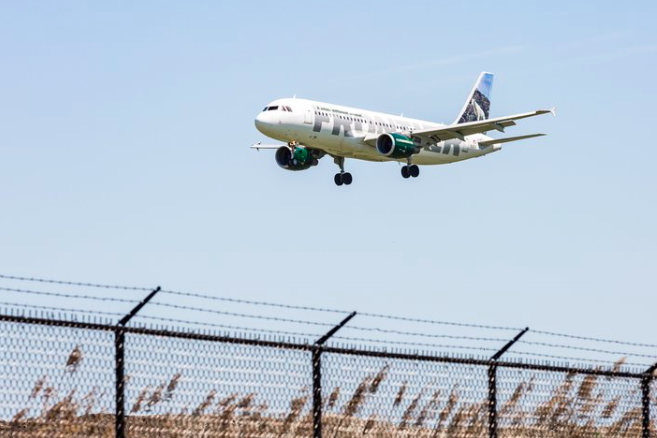 Frontier Airlines will bring 15 non-stop routes to Newark Liberty International Airport over the next several months. Destinations include Las Vegas, Miami, Atlanta, Dallas-Fort Worth, Punta Cana and more. The carrier's decision comes as Southwest Airlines prepares to cease operations out of Newark.

Frontier debuted introductory fares as low as $15 for several destinations beginning in November and December.

“We’re excited to make flying more affordable for the Garden State with 15 new routes from Newark,” said Barry Biffle, president and CEO of Frontier Airlines. “With fares as low as $15, we hope we inspire more people to fly and are delighted to meet that demand with our ‘Low Fares Done Right’ promise. This includes a focus on serving families as well as the environment with a more sustainable approach to flying.”

The low introductory fares will also include the airline's Kids Fly Free offer to cities such as Las Vegas, Orlando, Miami and San Juan. Those flights will debut Nov. 14.

Southwest announced last month it will pull out of Newark Liberty due to cancelations caused by the grounding of the Boeing 737 Max.

Frontier will operate flights out of Newark using its A320neo fleet, which offer comparatively high fuel efficiency and noise reduction.

The introductory fare offer is limited and comes with several conditions.

Flights from Newark Liberty International Airport can be purchased at the airline's website.