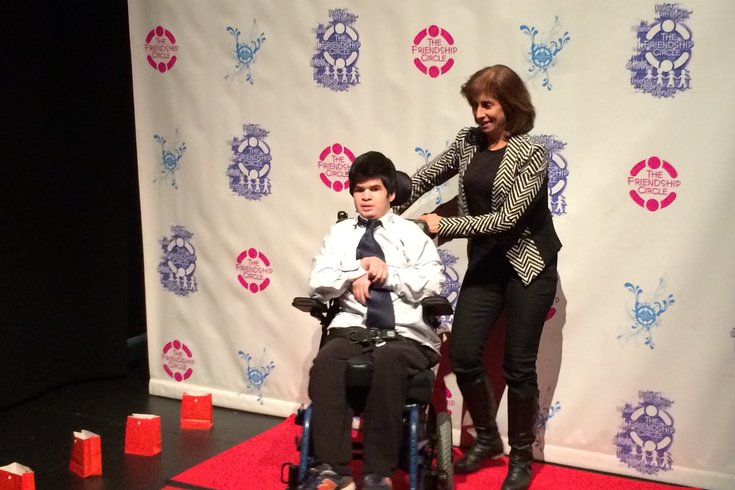 Judy and Steven Bomze pose on the red carpet at the FringeArts theater.

Read More
It took a summer and some strong-arming, but 22 Friendship Circle-affiliated special needs adolescents managed to make their own 22-minute album -- no, really.

"We taught the kids -- the participants -- to play every part," Joshua Madoff, director of the Chameleon Music School, told PhillyVoice.com. "They used their own vocals, played instruments, played live percussion -- we mixed it down for the final production, but this is their record from start to finish."

The six-track album, created last summer, was handed out to its creators during a red carpet event held on Jan. 3 at the 140 N. Columbus Blvd. FringeArts building. (FringeArts discounted the space for the event.) The project was a partnership between Madoff and the staff of Friendship Circle Philadelphia, a great-uniter nonprofit organization that coordinates activities and events for special needs kids and teens (ages 5 to 22) who represent the spectrum of disabilities: some are unable to walk, others are unable to speak and the remainder face a combination of the two (and then some). Madoff had long been looking to create an album with a group of special needs individuals -- people who don't always have an abundance of opportunities to express themselves on a creative level.

One of those "participants" Madoff referenced is 20-year-old Steven Bomze, who lives with a degenerative disease that severely limits his movement and speech, and impairs his cognitive abilities. Bomze was a star student who, Madoff said, stayed after class to help with arrangements.

"I immediately noticed his talent," Madoff said. "We really didn't know what to expect, but there's one shot [in our music video] where Steven played the keyboard for the first time, and we worked out a system where -- you know, he's very musical, and he has perfect pitch, but he lost his voice. So he can move his head, but that's about it. So, we had someone moving his finger, and he'd tell us where to put it with his head. And when he hit the note he wanted for the first time, his face lit up."

The setup was simple: a classroom with the participants sitting in rows, and Josh at the board with a projector and equipment. Production was organic and rooted in of-the-moment dynamics that Madoff would guide along and hope to capture. And as a music teacher by profession, that wasn't quite as difficult as you'd think -- even given the circumstances.

"Not to brag, but my son has a strong talent with music, and Josh really picked that up -- I never told him a thing," Judy Bomze, Steven's mother, told PhillyVoice.com. "And, you know, it's important to have people here who get pleasure out of seeing our kids smile. Because not everyone has that kind of empathy." 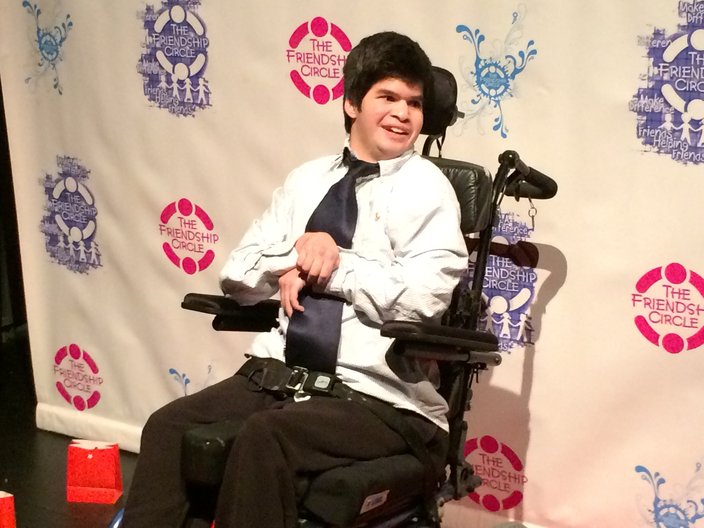 The evening, which was sponsored by a private donor whose daughter has special needs, gave the participants the chance to get dolled up and have a moment in the spotlight -- they arrived via limo, and entered the theater space on a red carpet.

"A lot of participants don't get the opportunity to have a prom like the other kids, so we thought that, while this isn't prom, it's that experience -- almost better than a prom -- where it's your special night," Chani Baram, program director for Friendship Circle Philadelphia, told PhillyVoice.com. "But the message here really is that everybody has a voice, and everybody has something inside of them to share, and if someone has special needs, it's important to pay attention and listen to what they have to say also."

"This is a highlight of my life -- not just my career, my life," said Philly hip-hop recording artist Bahamadia, who handed participants their copies of the CD (and got visibly choked up). "This isn't just about any kind of social change piece; it's about tying communities together, and using this form of music to communicate on [the participants'] level."

The album, "Let's Talk About Life," will be released online in February. All proceeds will go to Friendship Circle.