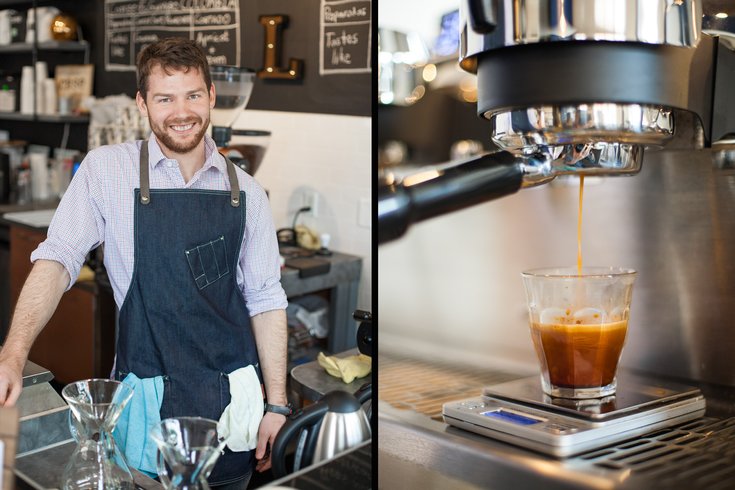 As a mechanical engineering student at the University of Pennsylvania, Nickerson hardly touched coffee. But years later, when he started running marathons and needed the extra jolt, he began heating up potently caffeinated brews of coffee with a French press. That led to a domino effect: Eager to learn how to make his coffee taste better, he bought a cheap espresso machine and tinkered with it until he produced shots he could actually enjoy.

"That's when I realized [espresso] can actually have all these wonderful flavors and it doesn't have to be oily and dark," he told PhillyVoice. "I'm the type of guy who, when I get interested in something, I like to know everything there is about it and try to perfect it."

From that obsession, Function Coffee Labs was born.

Open as of mid-April, Function Coffee is a 690-square-foot coffee shop located at 1001 Carpenter St. in Bella Vista, what was formerly Down Dog Healing Cafe and InFusion Coffee and Tea Gallery before it. Nickerson, alongside his fiance Megan McCusker (from the area), relocated from a six-year residence in Winchester, England, in September to open the shop. Here, they saw an opportunity in the city's expanding "third wave" coffee scene. 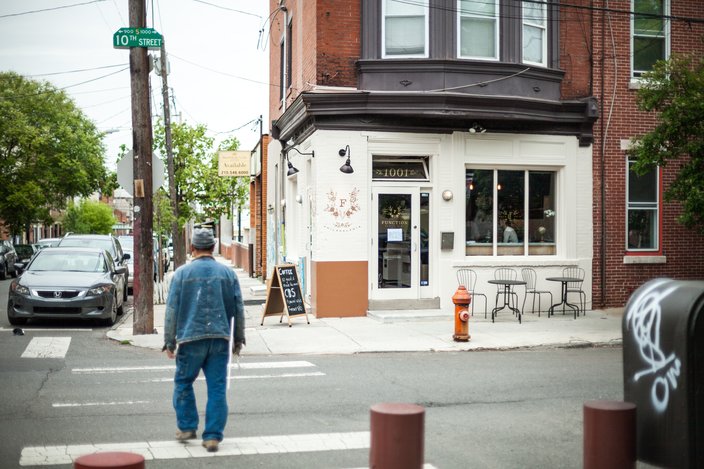 Function Coffee Labs, located on the corner of 10th and Carpenter streets.

"There is a lot of really good coffee in Philly already, and I do think that’s important so that people are used to a slightly elevated coffee experience, rather than opening in the middle of nowhere and being the first place to open, saying ‘Our coffee actually tastes good,'" Nickerson said. "We thought Philly had a nice balance of people who appreciate coffee in this area in particular — in the Italian Market, people appreciate food. And hopefully, people appreciate the coffee tasting good as well. "

He's also acutely aware of the high turnover rate of the location; he speculated that obstacles previous businesses have faced were the result of personal circumstance and business decisions not conducive to the area.

"You have to appeal to everybody who walks by; it can’t just be for one out of 100 people," he said, specifically pointing to Down Dog's more niche wellness concept.

The allure of Function, then, is a combination of the focus on top-quality coffee and a brighter interior he's had renovated to open up the relatively small space. 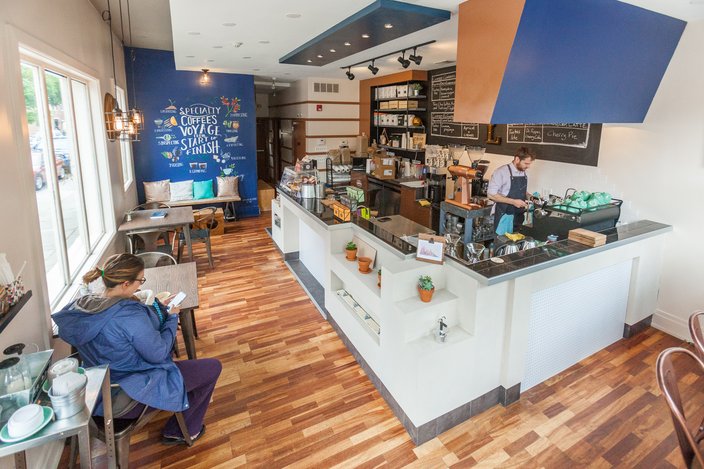 The interior of Function Coffee Labs. Though the countertops remain the same, the space that was formerly Down Dog Cafe now has new floorings, lights, paint and furniture.

The duo opted to serve coffee distributed by Case Coffee Roasters, in Ashton, Oregon, and Ceremony Coffee Roasters, out of Annapolis, Maryland — conscious decisions to not use local roasters, he said, since that so many in the city already use them. Coffees are sourced from around the world, with the shop constantly rotating out a variety of four blends — currently, a nutty blend from Brazil and three fruitier blends from Colombia (one of which is decaf). Nickerson added that coffees are selected to be enjoyed both black and with milk, noting that some third wave coffees on the market tend to be too acidic to pair well with milk.

But the stand-out on the menu — and what he hopes will catch on — is the "coffee shot," which Nickerson claims is, so far, only available in Philadelphia at Function. 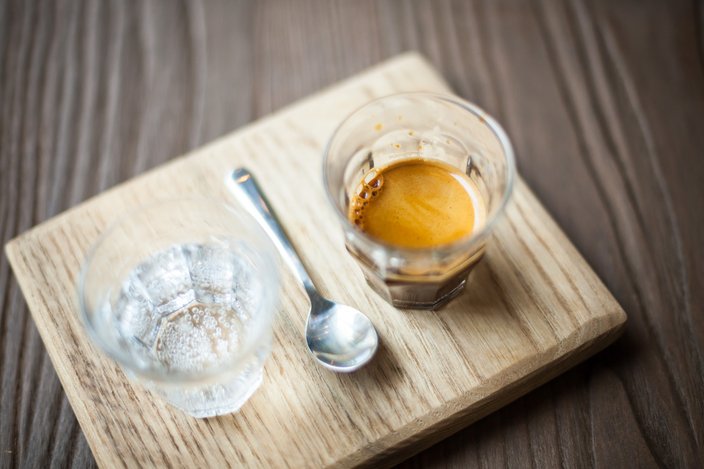 In short, it's a drink that's not quite a cup of coffee, not quite your average espresso shot. It's prepared rather scientifically: Nickerson measures out the coffee and uses a particular grinder that grounds all of the coffee beans into the same, tiny particle size. That ground coffee — the same that would be used for a pour over, he explained — is then prepared similarly to an espresso shot but with more water. The end product, at $3.50, is a smooth drink with less caffeine than an espresso shot or cup of coffee but one that tends to be a little fruitier. He also uses a refractometer regularly to enforce quality control of the drink.

To boot, Nickerson's working on what he calls "signature barista" drinks, which allow him to experiment. Though his second signature is still in the works, the shop's debut was a jalapeno peanut cortado for Cinco de Mayo. It's about as close to a standard vanilla latte as you'll get at Function, he said.

Pastries, meanwhile, derive from High Point in Mt. Airy, with chocolates from Tazza in Boston (his hometown).

Though he and McCusker have their sights set on eventually expanding Function to other cities, their current goal hits a little closer to home.

“If you were to wrap our whole idea ... in a nutshell, it would be to make the hipster-artisan coffee accessible to everyone," he said. "To make this a welcoming, neighborhood-y type of place with awesome coffee and somewhere you actually [can talk] — we love that it’s this small."