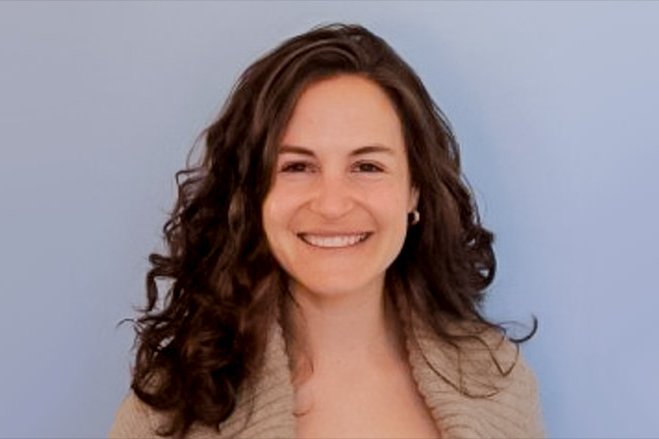 Rachel Jacobs, chief executive officer of ApprenNet, was among eight people who died in the May Amtrak derailment in Philadelphia.

Funeral services were held Monday morning for Rachel Jacobs, who died, along with seven others, after Amtrak Train 188 derailed in Philadelphia last Tuesday.

Jacobs, 39, was the CEO of ApprenNet, an education technology company based in Philadelphia, and the mother of a two-year-old daughter. Her funeral was held in a suburb of Detroit, Michigan, her home state.

Her family is seeking donations to her alma mater, Columbia Business School, for a scholarship in her name with a focus on supporting female social entrepreneurs.

Services were also planned for Laura Finamore, 47, a real estate executive, in New York, and for Bob Gildersleeve, 45, of Maryland, in Holmdel, New Jersey.

Meanwhile, the New York Daily News is reporting that the family of crash victim Giuseppe Piras, of Sardinia, is having difficulty getting the body back to Italy for burial because the remains were transferred to a New Jersey funeral home instead of staying in Philadelphia. The family now faces additional paperwork in two states.

In other developments, Amtrak commuter service resumed early Monday morning on the busy Northeast Corridor. The first Amtrak trains to travel that route since the derailment left from Philadelphia and from New York City.

An investigation continued into the cause of the derailment that killed eight people and injured more than 200 others last Tuesday evening.

The train was barreling north at twice the 50-mile-per-hour speed limit when it entered a sharp curve and derailed in Port Richmond. It was headed to New York from Washington with 243 people on board.

Suspension of train service last week sent commuters scrambling for alternatives on the Northeast Corridor, the nation's busiest passenger rail line. More than 750,000 passenger trips are taken daily on the stretch from Washington through Baltimore, Philadelphia and New York to Boston.

A National Transportation Safety Board (NTSB) investigation is seeking to explain why the train accelerated to 106 mph from 70 mph in the minute before it derailed.

Investigators are looking into the possibility that a projectile struck the train after they found a circular pattern of damage on the locomotive's windshield after the accident.

The NTSB has not ruled out mechanical problems, human error or a deliberate act by the engineer, Brandon Bostian, 32.

The engineer, who suffered a concussion, has told investigators he has no memory of what occurred after the train pulled out of the North Philadelphia station, three-and-a-half miles before the derailment.

NTSB member Robert Sumwalt said on Sunday that if the train was operating properly, it would have taken a deliberate move by the engineer for the train to gain speed.

"The only way that an operable train can accelerate would be if the engineer pushed the throttle forward," Sumwalt said on CNN.

Reuters contributed to this story.