Service of reflection at site of Amtrak Train 188 derailment 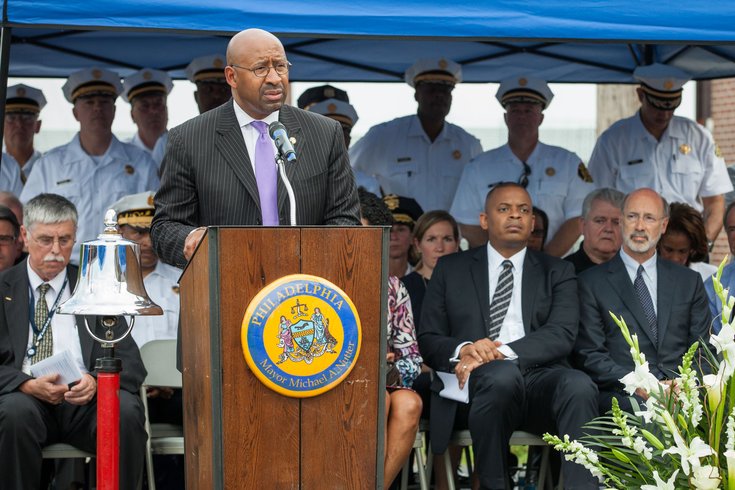 Mayor Michael Nutter speaks at a Service of Reflection held for victim's of the May 12 derailment of Amtrak Train 188 at Frankford Junction in Port Richmond.

Philadelphia Mayor Michael Nutter and Pennsylvania Governor Tom Wolf were joined by several other leaders for a service of reflection Sunday evening at Frankford Junction, the site of the fatal May 12 derailment of Amtrak Train 188.

The service, which began at 5:00 p.m., comes as National Transportation Safety Board (NTSB) investigators continue to determine what led the train to accelerate to more than double the speed limit before derailing at Frankford Avenue and Wheatsheaf lane in Port Richmond. Eight people died and more than 200 others sustained injuries as a result of the crash. 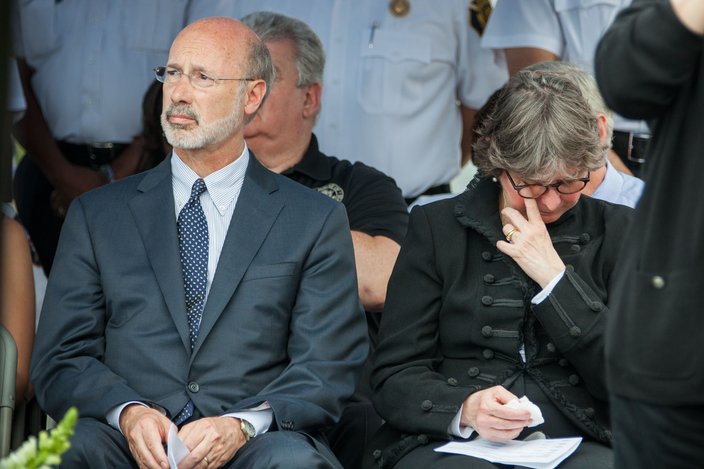 Pennsylvania Governor Tom Wolf and wife Frances Wolf in attendance to mourn and pay respect to those lost. (Thom Carroll/PhillyVoice)

During the course of the ceremony, speakers expressed sorrow over the loss of life and commended the emergency response units for the selfless commitment to helping rescue those in danger. Mayor Nutter later read aloud the names of the eight victims who died in the crash. Following each name, by a bell was rung and a dove released to fly as a symbol of peace and life. 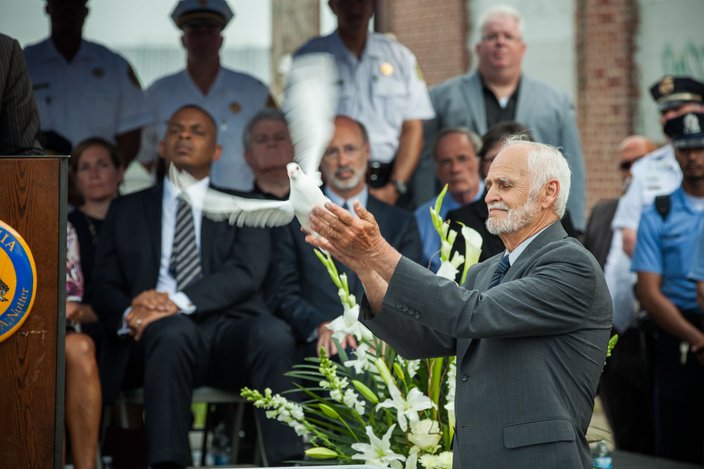 A dove takes flight as the names of the crash victims are read aloud by Mayor Nutter. (Thom Carroll/PhillyVoice) 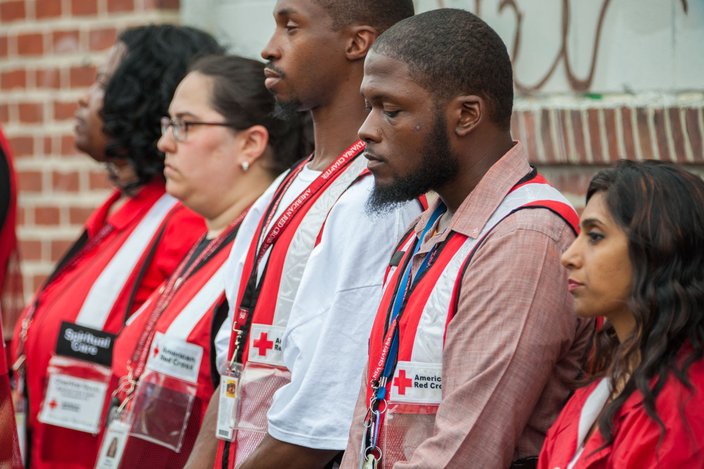 Mayor Michael Nutter gave great thanks to the American Red Cross and the Salvation Army for their efforts in the aftermath of the crash of Amtrak train 188. (Thom Carroll/PhillyVoice)


As the National Transportation Safety Board continues its investigation, Amtrak has been ordered by the Federal Rail Administration to immediately implement new safety measures and speed control technology heading northbound along the Northeast Corridor.

Rail service from Philadelphia to New York will resume on Monday morning.