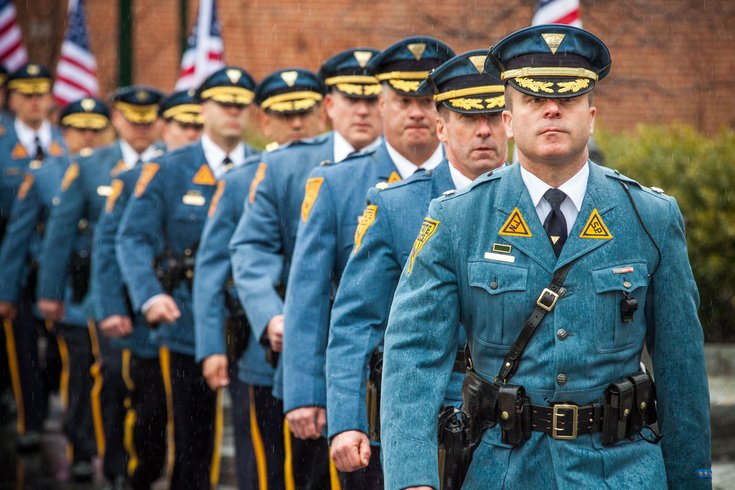 A second viewing and funeral services for fallen Police Officer Robert Wilson III were held on the morning of Saturday, March 14, 2015 at the University of Pennsylvania Palestra, 235 South 33rd Street.

As the weekend for final farewells winds down, Philadelphia police and the wider community reflect together on the enduring memory of an officer lost in the line of duty.

On Saturday, for the second time, mourners gathered for a procession and viewing of Philadelphia Police Officer Robert Wilson III, 30, who gave his life protecting others.

Despite early morning rainfall, a Caisson Procession began marching at 6 a.m. Saturday from the 3000 block of JFK Boulevard to the Palestra on the campus of the University of Pennsylvania, 235 S. 33rd Street. 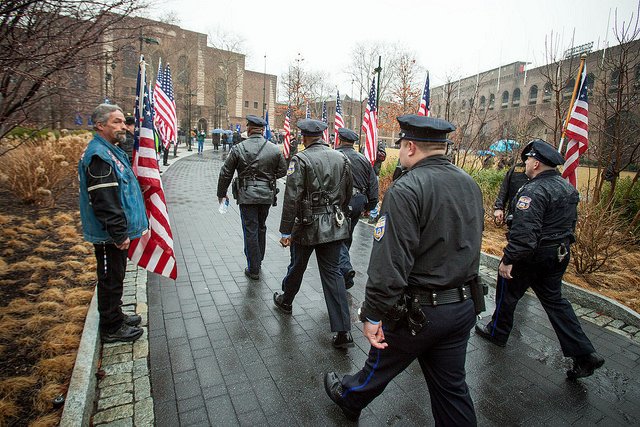 Philadelphia Police Commissioner Charles Ramsey promoted Williams posthumously to a sergeant and named the department's Medal of Valor after him, 6 ABC reported after the ceremony.

"It just takes time to heal. There are no words that can instantly take away the pain they feel right now," said Ramsey of Williams' family. "But we certainly can do what we can to pay the proper honor to him and let his family know just what he meant to us."

Philadelphia Mayor Michael Nutter also addressed Wilson's family during the service, NBC 10 reports, offering reassurance that a citywide network of support is behind them.

On Friday night, thousands of mourners joined in condolence for the public servant who has been hailed as a hero across the city.

A police procession down a West Philadephia street opened the weekend of remembrances, followed by a viewing at the Francis Funeral Home at 5201 Whitby Ave. 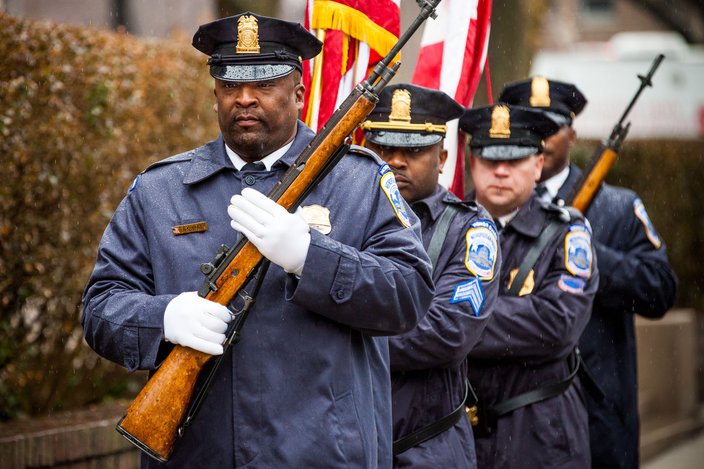 Wilson, an eight-year veteran assigned to the 22nd District, was in a GameStop store at 22nd Street and Lehigh Avenue in the Swampoodle neighborhood of North Philadelphia on March 5 to buy his nine-year-old son a birthday present when brothers Ramone Wilson, 24, and Carlton Hipps, 29, entered with semi-automatic guns and announced a robbery, police said.

Shooting broke out when the two suspects, who are now in custody, saw Wilson. The officer continued to defend the store's patrons, firing back even after being hit multiple times with gunfire. He was hit nine times, taking at least one bullet to the head. 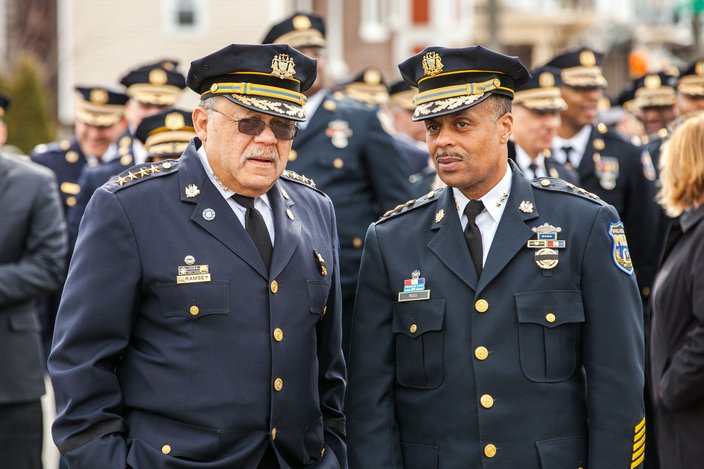 Several Philadelphia police officers, including the department as a whole, expressed their condolences for the fallen officer and thanked the community for their support on twitter before, during, and after the services:

In trying times such as these, @PhillyPolice rely on leadership & compassion of @PPDCommish & support of Philadelphians. #ThankYou

Farewell Robert, I'm sure your fellow officers in the Double Deuce made you proud today.

"...the Medal of Valor in the Philadelphia Police Dept. will from this day forward be known as the Robert F. Wilson III Medal of Valor."

Fellow police officers have organized a trust fund for Wilson's family. Wilson leaves behind two sons, aged 9 and 1. Folks can make donations in person at any one of the following Police and Fire Federal Credit Union locations:

Checks can also be mailed to the following address:

You can view more pictures from the services held Saturday in this gallery.