Game 82 holds plenty of intrigue for both Sixers and Heat

Both teams are now fighting over the same pick, and both teams need to lose

I have the image in my head: At around 8:10 tonight in the Wells Fargo Center, the Sixers and Miami Heat take the court for the season’s final game. Henry Sims and Michael Beasley, not Nerlens Noel and Hassan Whiteside, line up for the opening tap. The official tosses the ball straight up in the air, and… it comes back down to the floor, bounces a few times, and eventually stops moving as both men simply stare at it.

Alright, maybe that won’t be the case out on the floor — Mark Madsen jacking up seven 3-pointers in a similar final game of the season is one of the very few blatant examples of players actually tanking in the middle of a game — but man, have we ever seen anything like this before? Two teams, pitted against each other in a must-lose game, for the same lottery pick:

I hope people fully understand the weirdness of tomorrow’s game between Heat and Sixers. Both teams want to lose for the same draft pick.

The stakes have been clear since last August when the Sixers received the Heat’s Top-10 protected pick in exchange for a couple months of Thaddeus Young (LOL Flip). At the time, Sam Hinkie was probably betting that Miami would finish somewhere in the bottom half of the Eastern Conference playoffs and the pick would convey somewhere in the late teens.

Except Miami had the season from hell and completely fell off a cliff, evidence of how much LeBron James did for that team on a nightly basis toward the end of his successful run on South Beach. Take the world’s best player out of the equation and the infrastructure completely crumbled. Chris Bosh’s late-season blood clot was a bad break, but also consider how lucky they got with signing Whiteside (a pretty much unprecedented scrap heap pickup) and that they traded a couple of picks for Goran Dragic at the deadline.

All of that, and the Heat still sit at 36-45 in a garbage conference. What a disaster. In a way, it’s not Miami’s fault. This reaffirms an important lesson in the sports world that stands the test of time: When in doubt, look at Skip Bayless’ Twitter feed and assume the exact opposite will happen:

After LeBron basically said he couldn't win w/ DWade any more, DWade on mission to prove him wrong, losing weight, getting in peak shape.

Most people don't understand just how much DWade's intangibles have done for LeBron. Now, LeBron is on his own. Good luck, King.

The Heat currently have the league’s tenth-worst record, which is just on the right side of the line of demarcation as far as they’re concerned. If Miami finishes in that spot, the only way that they lose the pick is if one of the 11-12-13-14 group vaults all the way into the Top-3 (91 percent chance of keeping it). Slide back to 11, though, and then the onus is on them to jump into the Top-3 to keep the pick (2.9 percent). 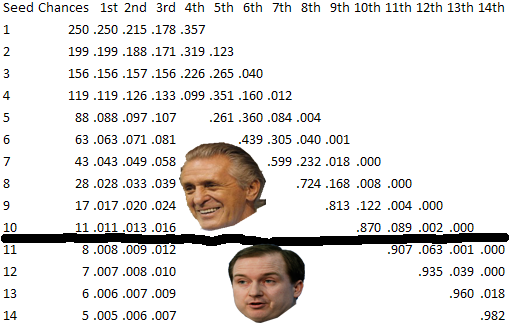 That is why it’s so important for both the Heat and Sixers to lose tonight’s game. If Miami falls, they’ll guarantee themselves the tenth-worst record and relegate the Sixers to Lloyd Christmas “So, you’re telling me there’s a chance” territory.

If the Sixers lose, they keep hope alive that the pick will convey at its absolute peak value with the 11th pick in what is shaping up to be a sneaky good draft. From what you usually read, next year’s prospect pool is weaker (though these things admittedly tend to change) when the pick is still Top-10 protected. By the time it becomes completely unprotected in 2017, Pat Riley will have enough cap space to completely rework the roster in a destination city that has a proven record of attracting impact free agents.

Bottom line: The asset isn’t going anywhere, but the Sixers want that sucker to convey this year.

Even if the Sixers were to lose to Miami, they also need a lot of help from 100 miles to the north. This is mostly due to Miami’s massive struggles down the stretch and also partly because of the Washington Wizards’ late-game debacle (featuring a tour de force of mismanagement from Randy Wittman) in Indiana last night. Basically, if the Brooklyn Nets, currently a game up on Miami in the standings and still in the race for the final playoff spot, defeat the lowly Orlando Magic at home, whatever happens in Philly doesn’t matter.

This matchup would seem like a layup for Brooklyn at first glance, but the Nets have proven to be a team capable of playing terrible basketball. Just on Monday night, they were taken to the woodshed in their own building by Chicago. I’ll estimate that Orlando has a 35-40 percent chance of winning, but for argument’s sake let’s say that happens and Miami also beats the Sixers. In that ends up being the case, there would be a coin flip between Miami and Brooklyn for the 10th and 11th spots in the lottery. If you're listening, Adam Silver, at least put this event on NBA TV. Heck, you could even blow the thing out and do it "Friday Night Lights" style at a random trucker stop in Texas: 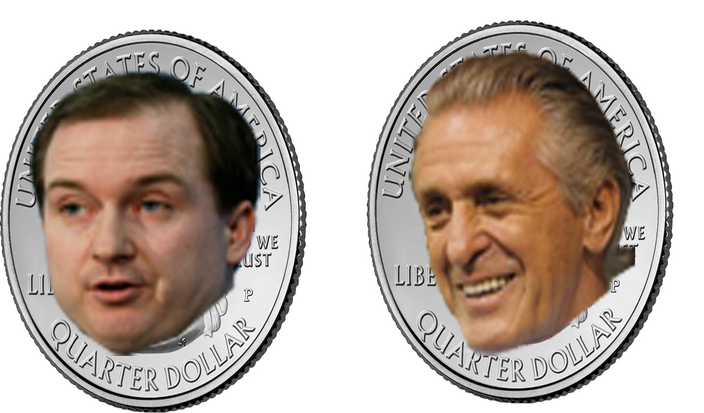 I understand that all of these scenarios can be pretty confusing. The major point is this: After Indy outlasted Washington last night, it knocked Miami out of the playoffs and gave them zero incentive to win tonight’s game. As I wrote last week, Erik Spoelstra and the Heat haven’t tried to tank all year. In fact, they think not trying your hardest to win is below them. We’ll see if their tune changes tonight in Philly. Maybe for just one night, they give Beasley the type of offensive freedom he enjoyed in the Chinese Basketball Association earlier this year.

Regardless, this whole thing is going to be oddly fascinating.