Exhibit explores evolution of gaming with 100-plus playable video games 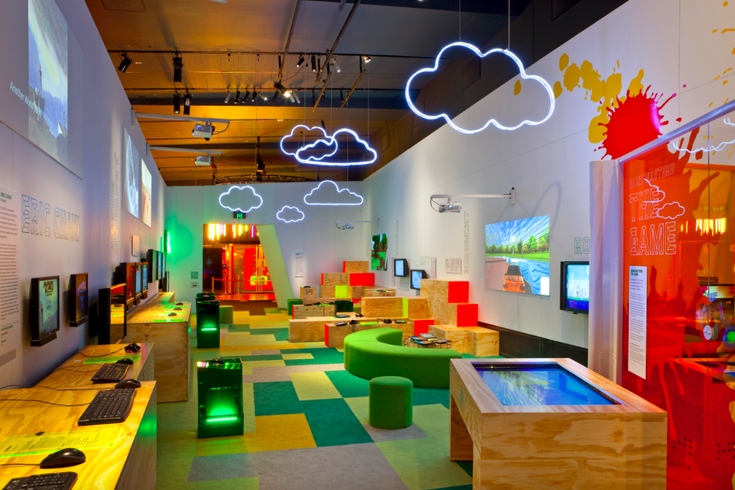 A new temporary exhibit celebrating five decades of innovative video game design is opening at the Franklin Institute in March. Visitors will journey from the arcade era through today, where web and console games reign supreme.

There will be more than 100 playable video games in the 14,000-square-foot exhibit.

While playing, visitors will discover how the most beloved characters – from Sonic to the Sims – came to be, will learn about the evolution of gaming and will explore coding, robotics and problem-solving.

More than 30 legendary game designers who have made a significant and ongoing impact in the field will be profiled.

The exhibit will be presented in three chapters: Arcade Heroes, Game Changers and Indies.

Game Changers focuses on leading contemporary designers who have had a significant impact on shaping the medium as we know it, including Will Wright ("SimCity," 1989), Yuji Naka and the Sonic Team ("Sonic the Hedgehog," 1991), Alex Rigopulos and Eran Egozy ("Rock Band 3," 2010) and Blizzard Entertainment ("Diablo III," 2012).

In addition to playable games, there will be rare concept artwork and specially commissioned interviews.

Larry Dubinksi, President and CEO of the Franklin Institute, describes "Game Masters: The Exhibition" as, "the first large-scale exhibition to take an in-depth look at the evolution of video games by revealing the stories of the legendary game designers behind them all."

"It appeals to audiences of all ages and abilities – from the original generation of gamers to the average smartphone user to even the budding game developer. It’s an exhibition that will spark nostalgia in some and inspire an interest in exciting fields like design and computer science in others," he stated.

The exhibit will be on display from March 31 through early September. Tickets are currently on sale.