Maisie Williams even does a face swap 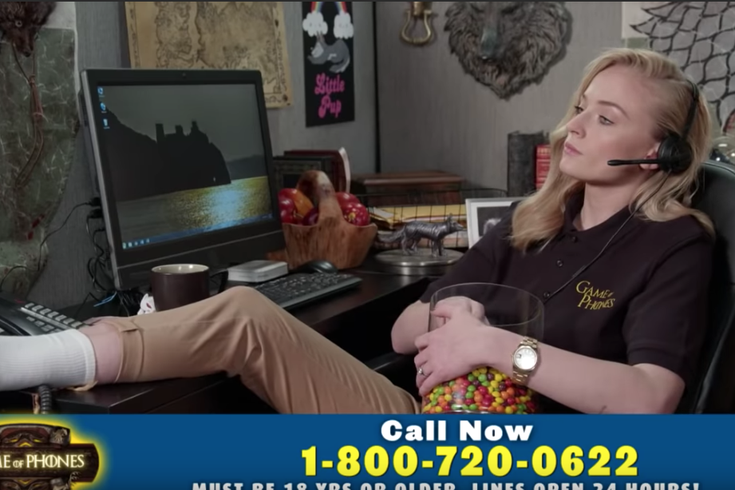 The "Game of Thrones" cast appeared on "Jimmy Kimmel Live!" on Monday night to answer all of the weirdest GOT questions for the latest sketch, "Game of Phones."

The fictitious HBO hotline boasts that for $2.99 a minute you can speak to a “certified expert” who will give you the answer to all your burning questions. These experts are essentially the GOT cast, because, apparently, there’s a small clause in their contract that forces them to spend 20 hours a week at the "Game of Phones" hotline.

“Who poisoned King Joffrey?” One caller asked. “Turns out no one did," Sophie Turner (Sansa Stark) says while snacking from giant container of candy, "It was a bad clam. You have to tap the shell to make sure they’re alive before you cook them. It’s clam 101.”

It was also the most tweeted episode for the series with more 5 million tweets on Sunday.