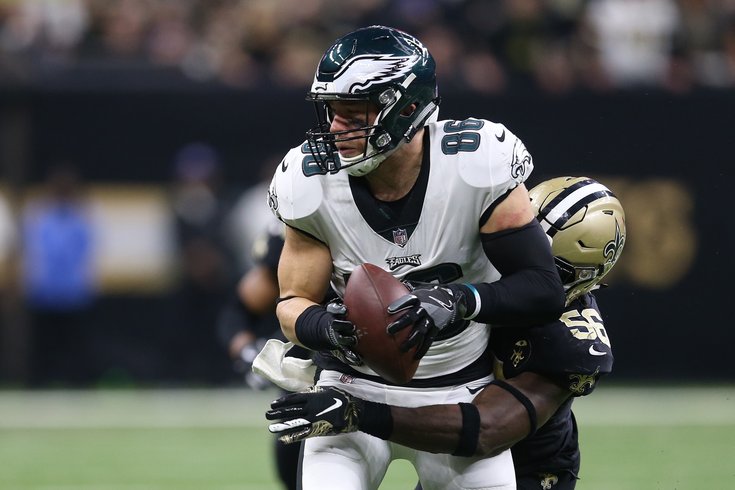 For all the whining Saints fans did after their loss to the Rams, it appears a robbery did take place after all.

A game-worn Zach Ertz jersey and game-worn gloves, along with a game-worn Michael Thomas jersey, were stolen near the Mercedes-Benz Superdome in New Orleans last month, New Orleans police say.

The apparel was nabbed from a bag on the same block as the Superdome after the Saints’ dramatic loss to the Rams, according to the New Orleans Advocate.

A complaint filed this week claims the theft occurred around 6 p.m. on Jan. 20, the day of the NFC Championship Game.

New Orleans police didn’t specify from whose bag the apparel was stolen, and a spokesperson for the Saints told the Advocate wasn’t sure if the items were stolen from a player.

The Eagles and Saints, of course, had faced off in New Orleans the week before in the NFC Divisional Round; the Saints held on for a win that day.

Players can often be found swapping jerseys with opponents after games. Whether Thomas and Ertz swapped jerseys after the game is unclear.