Gary and Lorraine Parker, of Stafford Township, were last seen on Nov. 17 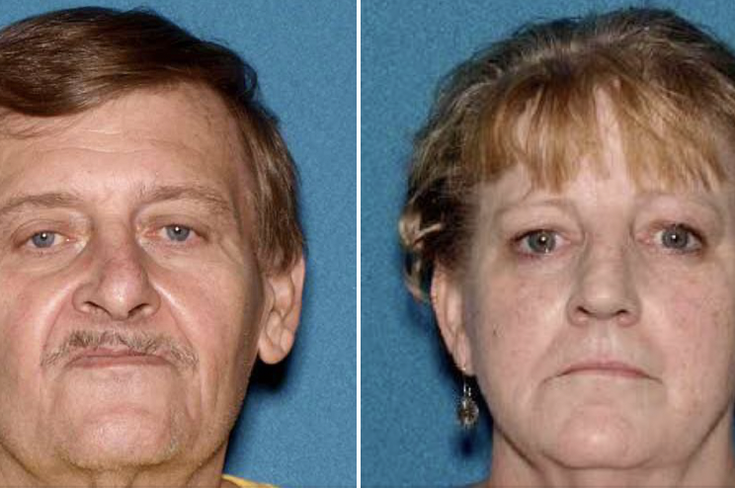 Gary Parker, 67, and his wife Lorraine, 60, have been missing since Nov. 17, 2021. The couple live in the Warren Grove section of Stafford Township, New Jersey. They are believed to have taken a pair of ATVs into the Pine Barrens before their disappearance.

UPDATE (12/1/21): Authorities in Stafford Township have located the bodies of Gary and Lorraine Parker, a New Jersey couple who had been missing since the middle of November.

Investigators said the the couple's remains were found in a densely wooded area with the assistance of a drone. An earlier manhunt last month was unsuccessful, but investigators had found an ATV not far from a property the parkers owned in the Warren Grove section of Stafford Township.

Autopsies are planned for later this week, but police said foul play is not suspected.

A search is under way in Ocean County for a couple that went missing earlier this month after venturing into the Pine Barrens in the Warren Grove section of Stafford Township.

Gary Parker, 67, and his wife, Lorraine, 60, were last seen on Nov. 17. Their daughter, Lindsay Parker, reported them missing to police and a massive search was launched last week with more than 100 volunteers, police and firefighters who combed the woods of Warren Grove. The search has included K-9s, drones and a helicopter that scoured the area for signs of the married couple.

On Tuesday, Lindsay Parker shared on Facebook that her parents' ATV was found in a field not far from their home, which they often used to bait deer. Gary Parker's shotgun was strapped to the vehicle, but authorities did not find any other signs of the couple. Investigators indicated that the couple may have gone into the woods with two ATVs.

Police said a neighbor reported having spoken with Lorraine the weekend before she and Gary disappeared, according to the Asbury Park Press.

Stafford Police Captain James Vaughn said last week that he did not believe the couple had gone out hunting, but was hopeful that their outdoor survival skills might help them if they were in danger, the Sandpaper reported.

As of Wednesday, Stafford Township police had handed the investigation over to its detectives and the Ocean County Prosecutor's Office.

Anyone with information on the couple's whereabouts is asked to contact the Stafford Township Police Department at (609) 597-8581 or Sgt. Neil McKenna at nmckenna@staffordpolice.org.