Samuel Collington, of Prospect Park, was a political science major who wanted to become a politician or lawyer 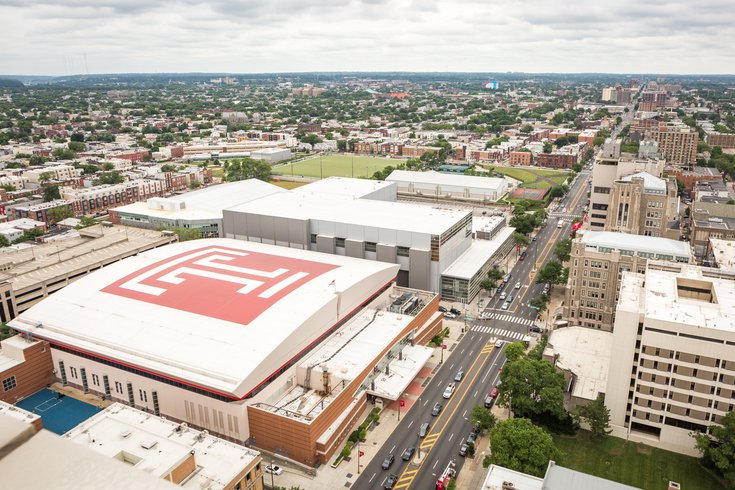 Samuel Collington, 21, a political science major at Temple University, was fatally shot on the 2200 block of Park Avenue in North Philadelphia on Sunday afternoon.

Samuel Collington, a senior at Temple University and a fellow in the City Commissioner's Office, was fatally shot near his North Philadelphia apartment Sunday afternoon, university officials said.

Collington, 21, of Prospect Park, Delaware County, was shot twice in the chest on the 2200 block of Park Avenue, just north of the university's main campus, authorities said. He was taken to Temple University Hospital, where he was pronounced dead around 2 p.m.

An investigation into the shooting is ongoing. No arrest arrests have been made and no weapons have been recovered, according to Philadelphia police.

Collington just had returned to Philadelphia following the Thanksgiving holiday. He was unpacking his things from his mother's SUV when he was approached by a suspected robber, 6ABC reported. The shooting was caught on camera.

"We mourn the loss of a bright and thriving political science student, and share in the wrenching grief of his family and friends," Leone said. "This is a true tragedy in every sense of the word."

Collington was an Eagle Scout who enjoyed fishing and the outdoors, his mother, Molly, told 6ABC. He planned to become a politician or lawyer.

Collington was set to graduate from Temple's College of Liberal Arts in the spring. He was interning as a democracy fellow for City Commissioner Omar Sabir.

"Samuel was an incredibly talented and engaged young man," Sabir said in a statement. He noted that Collington "exemplified an incredible passion for engaging voters and was an indispensable member of our team."

Sabir stressed that Philadelphia must combat the gun violence epidemic plaguing the city. Last week, Philadelphia surpassed its previous annual homicide record of 500, set in 1990. As of late Sunday, there have been 506 homicides recorded this year, according to city data.

"Gun violence continues to affect local communities, and especially young lives, across our city and our nation," Leone said. "We fully understand concerns about individual safety, especially at a time when Philadelphia, like so many other U.S. cities, has experienced a sharp increase in violent crime over the past year."

Earlier this month, Leone issued a separate letter to Temple students after 18-year-old Ahmir Jones was fatally shot while walking with his girlfriend on the 1700 block of Cecil B. Moore Avenue. The letter addressed the measures the university was taking to ramp up security.

Anyone with information regarding Collington's death is asked to contact the Philadelphia Police tip line at (215) 686-8477.