The bipartisan legislation, if passed, would create a Black Heritage Cultural & Historical Commission, and would create a database of significant sites 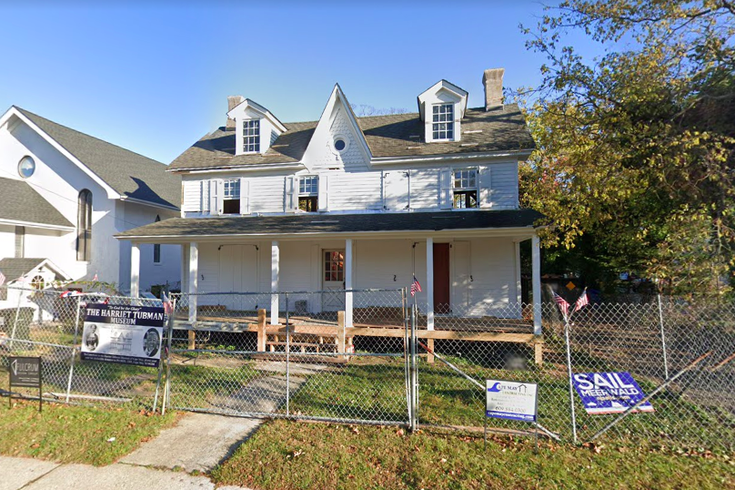 The Harriet Tubman Museum in Cape May, which opened on Juneteenth 2021, is one of the historical sites being considered if the New Jersey bill is passed. Pictured is the museum site prior to the June 2021 opening.

A bill introduced over a year ago in New Jersey's General Assembly is one step closer to becoming a reality, as the state Senate reported it favorably in a committee meeting earlier this month.

The bipartisan-backed bill, which would establish cultural and historical markers linked to a New Jersey Black heritage trail, aims to provide a collection of cultural and historical sites for tourists and scholars looking for information on the history of New Jersey's Black community, according to a statement by the state's Government, Wagering, Tourism & Historic Preservation Committee on Nov. 15.

The purpose of the Black heritage trail is to encourage awareness of "Black history, heritage, and culture in the state through education, public programs, and historical markers," according to the full remarks from Nov. 15.
"We are a tourism state," bill sponsor Assemblyman Antwan McClellan told WHYY. "And I think this is the best opportunity for people to go and visit these places and learn more about African American history in New Jersey." McClellan is one of four Republican lawmakers supporting the bill.
Some of the proposed sites that could be designated on the trail include the Harriet Tubman Museum in Cape May, which opened this year on Juneteenth to commemorate the holiday. Other places include Timbuctoo in Burlington County, where land was first purchased by African Americans in 1826, and was originally compromised of formerly enslaved and freed people.
New Jersey currently has programming for Black heritage tours, but if passed, this bill would link these historical and cultural sites in one large mapped area.
Some of the areas covered under the Black Heritage Trip Itineraries include the Underground Railroad Trolley tour, the Civil Rights Garden in Atlantic City, the African American Heritage Museum of Southern New Jersey, and the Macedonia AME Church in Camden.
The bill was first introduced by McClellan in 2020. It unanimously passed in the General Assembly in June, where it was passed onto the New Jersey Senate. A Senate vote has not yet been scheduled, but November's favorable report could provide a clue about what's next for this legislation.