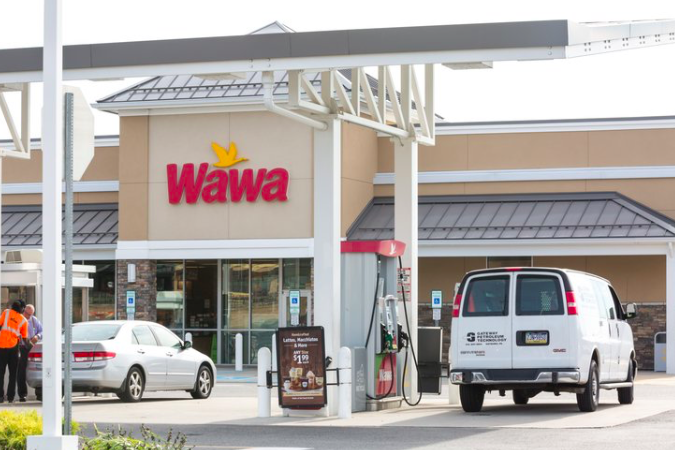 Wawa, a rapidly expanding convenience store chain based in Delaware County, is the biggest private company in Pennsylvania and the 29th largest in the nation. The rankings come from Forbes' 225-place annual list of the nation's largest private companies.

Still, Wawa dropped six spots from last year thanks to a 15% decrease in revenue in 2020.

The company can trace its history back to 1803, when it began as an iron foundry in New Jersey.

Toward the end of the 18th century, owner George Wood took an interest in dairy farming and in 1902 opened a dairy processing plant in an unincorporated community in Delco named Wawa for the Ojibwe tribe's word for "goose." That's why the company's logo is a goose.

The milk business was a success, but demand for home deliveries of dairy declined in the sixties. That's why in 1964 George Wood's grandson Grahame Wood opened the first Wawa food market as a dairy outlet. The chain eventually eventually expanded in cigarettes, gas, ready-made food and more.

Several other companies from the Philly area made it onto the list.