Making Bush's new album, 'Black and White Rainbows,' was 'Like I had a bleeding wound and I couldn’t stop the blood flow' 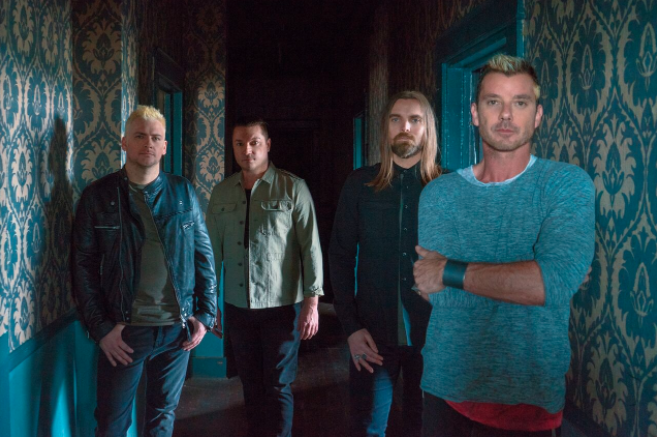 Heartbreak permeates "Black and White Rainbows," the latest album from Bush. Singer-songwriter Gavin Rossdale crafted the album after suffering through a divorce from pop star/reality TV host Gwen Stefani in 2015.

“Still got mad love for you baby” is one of the melancholy phrases Rossdale belts out in the direction of the mother of his three children.

Rossdale, 52, is slow and deliberate when choosing words to describe how he felt when his marriage splintered in public.

“It was incredibly difficult,” Rossdale said while calling from his Los Angeles home.

“When I was making this album, it was inescapable when it came to what I went through and the material. I tried not to lean on that too much. I couldn’t help it, though. It was like I had a bleeding wound and I couldn’t stop the blood flow. This is an honest, open record. This is a heavy record.”

“Black and White Rainbows” is a far cry from the early Bush albums, which were platinum-plus monsters. The new songs are direct. Rossdale’s lyrics from back in the day were, at times, inscrutable.

“I’ve taken quite a journey as a lyricist,” Rossdale said.

“The early songs were like beat poetry. They were like a stream of consciousness. I had poetic license. But as time passed, I started writing stories. Things are different now.”

When Bush – which will perform Saturday, April 7 at Caesars Atlantic City – hit in the U.S. during the mid-90s post-grunge era, the British band was critically drubbed. These days, the group’s profile isn’t as wide, but reviews have been favorable, for the most part.

“Now that we’re not playing huge places, the critics have been kind. Go figure. Back in the day, we played huge venues and had some painful moments with the press.”

Nothing hurt Rossdale and Bush more than a 1996 Rolling Stone cover. “Why won’t anyone take Gavin Rossdale seriously?” was the question next to a bare-chested Rossdale.

“I’ve never seen anything like it since,” Rossdale said.

“It’s a bizarre accolade. I was so mad at that editor. His name was Robert Love. I ran into his girlfriend after they broke up and she said he was the worst f**k ever. I was like, ‘That cover really annoyed me. Did he really have to write that s**t?'”

Rossdale rose above it after asking David Bowie for advice while on tour with The Thin White Duke during the Clinton era.

“I told David how sick I was of the shi**y reviews and he said that the answer was simple, ‘Outlive your critics.'”

Back in the day, we played huge venues and had some painful moments with the press.”

Rossdale has survived while a myriad of bands from the ‘90s have fallen by the wayside.

“I would rather not be the band on the cover of Rolling Stone that is declared the new messiah and fade,” Rossdale said.

“I would rather be attacked and have a career 25 years later. That’s an easy one.”

Bush, which also includes drummer Robin Goodridge, guitarist Chris Traynor and bassist Corey Britz, broke up in 2002, but reunited in 2010. The group has released three albums since reforming, and another project is on the way.

“It’s amazing to have a band that people want to see,” Rossdale said.

“I can’t tell you how much I appreciate it. I remember painting to pay bills before we had some success. It’s great being in this country. I have three American children and I love it here. I’m in America more than Britain. When you look at everything, I’ve had my share of ups and downs, but that’s the way it goes. It’s been a fascinating life and career and I think I still have something to offer.”