After the success of its new Graduate Hospital store, the grocer is sweeping the city for new storefronts 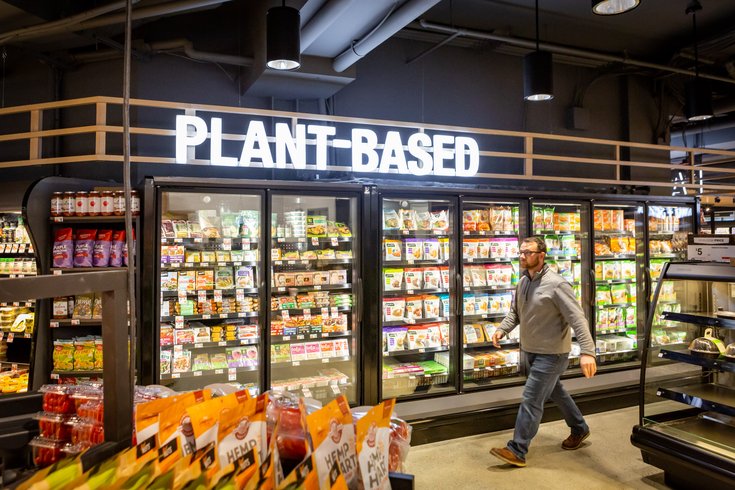 A large plant-based protein section is grouped in one location, a specific request from the neighborhood.

Giant Food Stores will expand its new line of smaller, urban-format grocery stores by adding three in Philadelphia before the end of this year, just weeks after the doors opened to the Heirloom Market in Graduate Hospital.

The Carlisle, Pennsylvania-based company announced Tuesday it will open Giant Heirloom Markets in University City at 34th and Chestnut; Northern Liberties, near the Schmidt's Commons; and in Queen Village, at 201 South St., starting this summer.

The University City location will be the first to open, as plans for it were already in the works before the Grad Hospital location opened, followed by the Northern Liberties store in the fall and the South Street market sometime before the end of 2019.

The Graduate Hospital market — which Giant opened at 2303 Bainbridge St. in late January as the first-ever smaller concept Heirloom Market — is designed to be a more communal, European-inspired store. There are opportunities for free sampling, in-house chefs available to make meal suggestions, a make-your-own olive oil stand, a kombucha tap to fill growlers, and the sale of alcohol (including lots of local craft beers and wines). 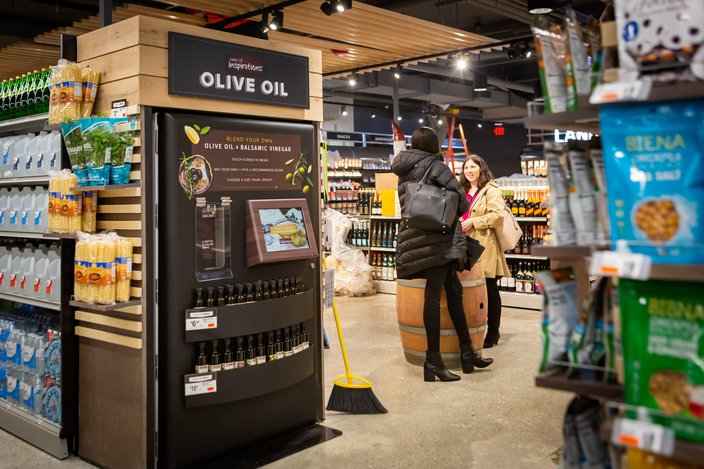 The Giant Heirloom Market includes a do-it-yourself olive oil station, where customers can create their own flavor blends.

PhillyVoice toured the store when it first opened. Here's what we saw.

"We are always grateful when companies decide to open or expand in Philadelphia, and that is especially true when the business helps provide access to fresh foods for our residents," Mayor Jim Kenney said in a statement. "Giant has become an integral part of the Philadelphia region, and we're looking forward to the opening of these three new stores across numerous neighborhoods over the next year."

With the additional three grocery stores, that brings Giant's presence up to five in the Philly area, including a full-scale supermarket on Grant Avenue in the Northeast that opened in 2011. 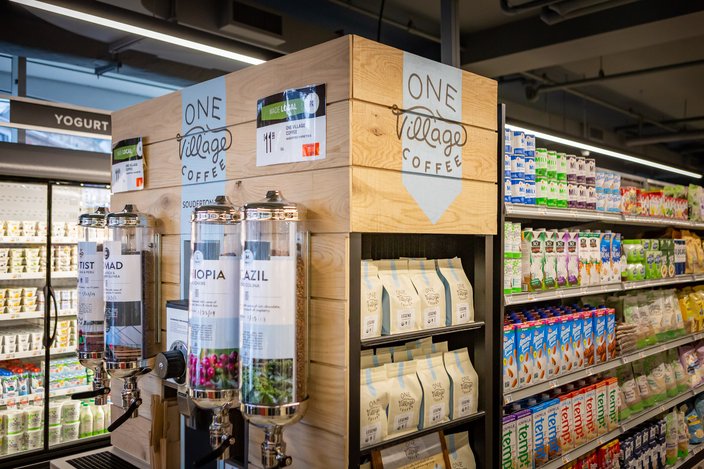 The Giant Heirloom Market has partnered with One Village Coffee of Souderton, PA. 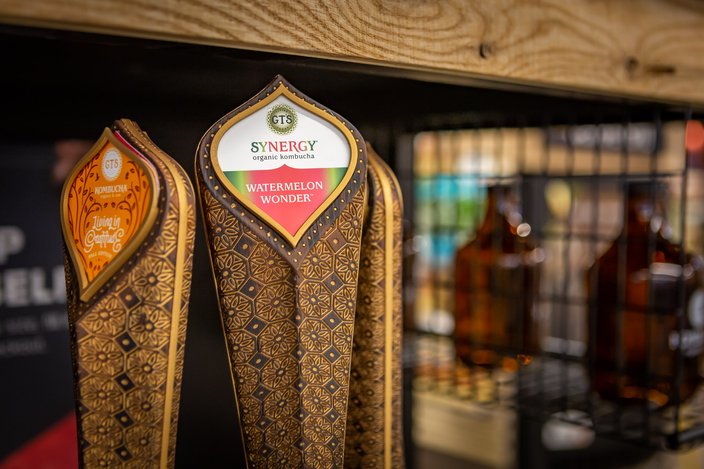 There is a kombucha filling station featuring 3 different options.

Giant — which operates stores in four mid-Atlantic states — hadn't jumped into urban market concepts until this year, however the chain has operated grocery stores in the Pennsylvania suburbs since 1923.