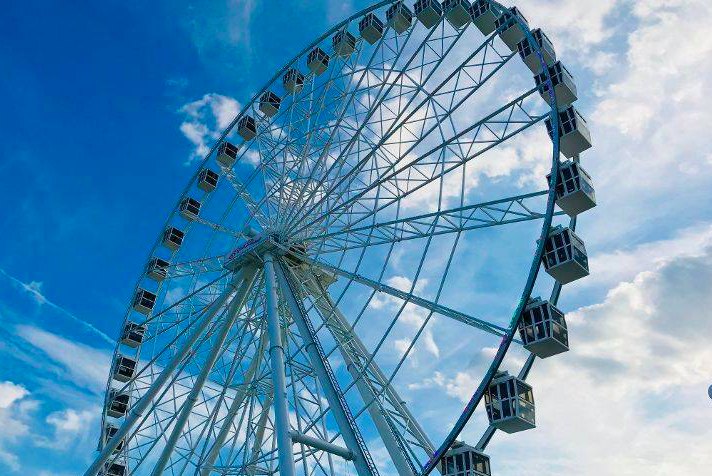 Late December might not seem like the ideal time to jump on a Ferris wheel, but when the ride lasts 15 minutes and the gondolas are heated, Atlantic City sounds a lot more beautiful.

After months of delays, Steel Pier opened its much-anticipated observation wheel to the public on Tuesday in time for the New Year, culminating a seven-year renovation plan with hopes to reinvigorate the historic Boardwalk destination.

The 227-foot wheel, purchased in Italy, includes 40 enclosed cars to seat a total of 240 passengers. Riders get an extended view of the beach, the ocean and the Atlantic City skyline.

Formerly owned by Trump Entertainment, the Steel Pier property was purchased for $4.25 million in 2011 by Anthony Catanoso, who had been leasing the park for the previous 18 years.

Catanoso told the Press of Atlantic City that the revival of the Boardwalk's north end, including the pending debut of the Hard Rock Hotel, the observation wheel should draw 50,000 visitors per month. Rides will cost $15 for adults and $12 for children.

From Dec. 26 through New Year's, the Wheel will open at noon daily as long as the temperature does not fall below 40 degrees.