Gingerbread Man restaurant to close in Mechanicsburg after 42-year run 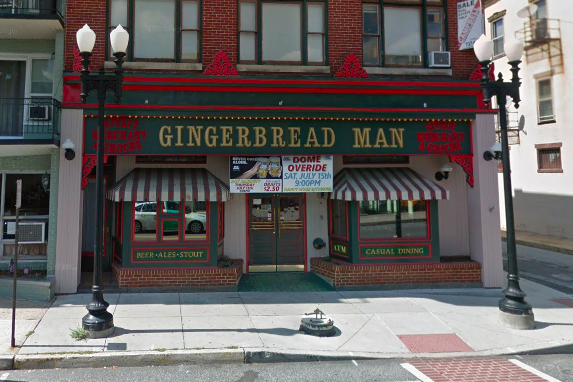 The Gingerbread Man, located at 26 West Main Street in Mechanicsburg, will close at the end of July after more than four decades in business.

One of the two remaining Gingerbread Man restaurants will close for good at the end of July, capping a 42-year run for the popular Mechanicsburg restaurant.

The Cumberland County bar and restaurant opened its doors at 26 W. Main Str. in 1979 and has been a go-to eatery for drinks, billiards and a casual atmosphere. The name has long been a staple of central Pennsylvania dining.

Building owner Richard Phelan, who founded the original restaurant, told PennLive on Tuesday that Gingerbread Man is closing in part because it can no longer compete with a changing restaurant scene as chains increasingly enter the area.

At its peak, Gingerbread Man grew into a chain with 19 locations in Pennsylvania and Maryland. The number of remaining locations dwindled over the last decade, with closures in Hummelstown and Harrisburg reducing the restaurant's footprint to Mechanicsburg and Carlisle.

Phelan said the Carlisle location, owned by his son, will remain open. The Mechanicsburg restaurant had been owned by Phelan's daughter and her husband, who reportedly are divorcing and have sold the liquor license to the Rutter's convenience store chain.

The restaurant will continue to serve food and drinks until it closes at the end of July.