Trolley Car Café to close at the end of June 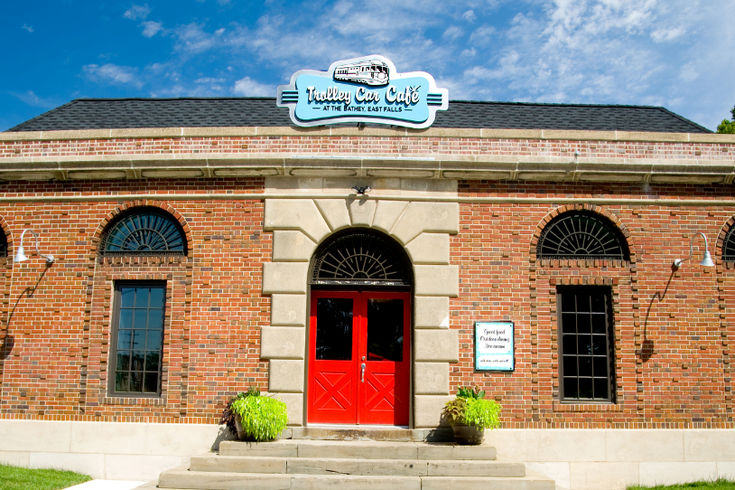 The Trolley Car Café opened in 2010 at an old pool house between Ridge Avenue and Kelly Drive in East Falls. It's owner says the restaurant will permanently close at the end of June.

The Trolley Car Café in East Falls is closing, and real estate developer Ken Weinstein says the move marks the end of his decades in the restaurant business..

The popular restaurant will shut down for good on June 30, Weinstein said Tuesday in a message shared on the restaurant's website and social media accounts. He stated that the restaurant "was not immune to the economic pressures caused by the COVID-19 shutdown."

"I am extremely proud of my hardworking employees and appreciate the leadership of Trolley Car Café General Manager Jasmine Fields," Weinstein said. "I am especially proud that the Café continued to serve our community, with takeout and outdoor dining, during the challenging pandemic."

The restaurant will provide employees who stay through the end of the month with a bonus, and staff members have also been offered help with finding new jobs at other restaurants and coffee shops, Weinstein said.

Weinstein will be leaving the restaurant industry and shifting his efforts towards working on a number of local nonprofit initiatives, he said.

"I am very hopeful for the future of the restaurant industry in Philadelphia, but the pandemic helped me realize it was time to transition out of hospitality and put my focus entirely on reinvesting in our communities," Weinstein said.

The restaurant opened in 2010 in what was an old pool house called The Bathey at 3269 S. Ferry Road, between Ridge Avenue and Kelly Drive in East Falls. The space was leased to Weinstein in 2009 and was rehabilitated for use as a restaurant, welcome center and bike rental shop.

Located along Fairmount Park and the Schuylkill River Trail, the restaurant was described as "a modern twist on the 50's-themed trolley car." The eatery prided itself on its healthy fast food that was offered for breakfast, lunch and dinner.

The Trolley Car Café has also been known for its work in the local community. The restaurant helped local organizations raise money for various causes, oversaw a program that provided grants to local public school teachers and started a non-profit table tennis club.

The permanent closure of the Trolley Car Café comes as restaurants across the region reopen at full capacity for the first time amid the COVID-19 pandemic. It is, however, the latest in a string of closures of Weinstein's popular restaurants across Philly.