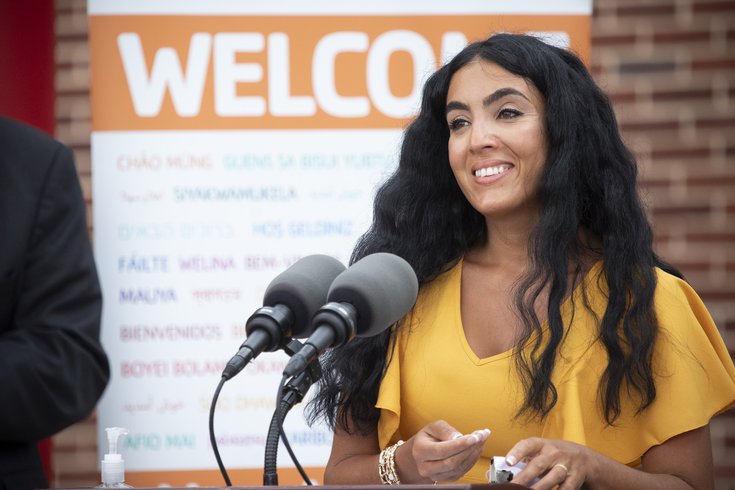 Gisele Fetterman, wife of Pennsylvania Lt. Gov. John Fetterman, told authorities she does not want charges filed against the woman who verbally harassed her with racist insults at a grocery store last weekend.

Pennsylvania State Police have declined to file charges against a woman who accosted Gisele Fetterman, the state's second lady, in a racist verbal attack at a grocery store last weekend.

Fetterman, the wife of Lieutenant Gov. John Fetterman, filmed the incident from her car as she sat in the parking lot of an Aldi in Braddock, a Pittsburgh suburb. The woman, who police were able to identify, called Fetterman the n-word several times both inside and outside the store, Fetterman told the Washington Post.

In a statement on Thursday, Fetterman tweeted that she preferred not to see the woman charged, despite evidence of a potential crime found through a state police investigation.

Thank you all so much for your outreach & kindness this week. It’s our fervent hope that she is able to secure the necessary treatment and intervention needed in order to break this cycle.  The optimal outcome to this scenario lays in a way forward and away from hate. pic.twitter.com/8bFmorxDoi

Authorities said they presented evidence to the Allegheny County District Attorney's Office, showing evidence of culpability for several violations. Fetterman and her family decided they would rather see the woman have an opportunity to engage social services and other resources.

"This incident is a reminder of the toll racism takes on individuals as well as the community," authorities said. "The Pennsylvania State Police is committed to fair and thorough investigations and encourages victims to immediately report crimes motivated by hate or bias to law enforcement."

Fetterman, 38, was born in Brazil and moved to the United States when she was 8 years old. She received her green card in 2004 and married Fetterman in 2007.

In an interview with CNN, she described how upsetting the encounter was and explained how her three children have experienced and witnessed prejudice against her. She also said she hopes that the woman in the video, and those like her, can learn to look at themselves and others in a different way.

“Even though I’m 38 and I’m second lady... I was immediately again a scared nine-year-old undocumented little girl at that grocery line,” Pennsylvania’s second lady Gisele Fetterman says about a white woman calling her the n-word while grocery shoppinghttps://t.co/EmJKmwEtDq pic.twitter.com/HJQ95OaW87

"I want maybe her, at least, to see herself in a way that maybe she doesn't like anymore. And wants to make a decision to unlearn whatever she has learned along the way," Fetterman said. "But I want folks to maybe see themselves. You know, maybe you have that uncle that you see in her. Or that cousin that you see in her. These are people that you may be with around the table on Thanksgiving later on.

"We should be having these conversations — and they're difficult and they're uncomfortable — but nothing's going to change unless we try to work with these people."