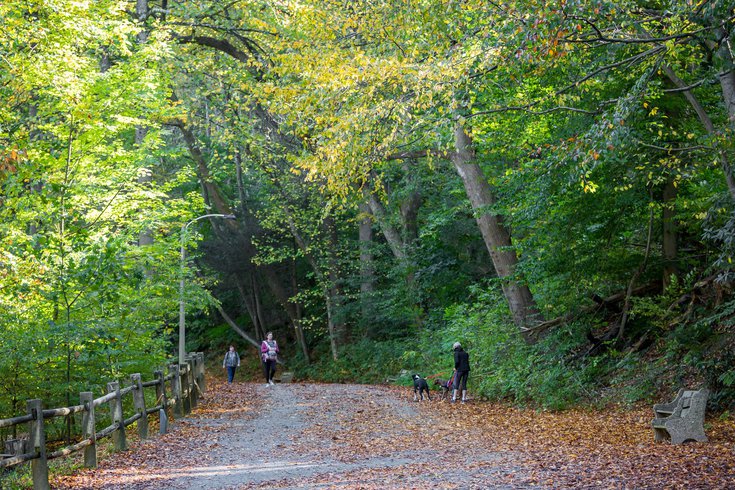 Urban children who have regular exposure to green spaces were found to have reduced risk of emotional and behavioral problems, according to a new study.

The benefit of living near green spaces became particularly clear during the early months of the COVID-19 pandemic, when people were looking for safe spaces outside the confines of their homes.

In Philadelphia, Fairmount Park and Wissahickon Valley Park often were teeming with people of all ages seeking some much-needed recreation. But living close to such locations isn't just a benefit during public health crises.

A new study, published Monday in the journal Nature Sustainability, found children in urban settings have better mental health and cognitive development if they live near woodlands and have daily engagement there. Researchers also found they have a lower risk of emotional and behavioral issues.

A higher daily exposure to woodlands was linked to higher cognition scores and a 17% lower risk of emotional and behavioral problems, researchers said. It also contributed to a child's overall development.

One potential explanation for the association: the audio-visual exposure that children receive through the vegetation and animal abundance may provide psychological benefits, Mikaël Maes, the study's lead author, told CNN.

Still, Maes stressed that they did not find a causal link between woodland exposure and better mental health.

"Currently, the mechanisms why humans receive mental health or cognition benefits from nature exposure is unknown," Maes said. "Scientific research on the role of the human senses is key to establish a causal link."

Researchers studied 3,568 children ages 9-15 at 31 London schools over a four-year period to examine the connections between green space exposure and mental health, cognitive development and overall well-being. They used vegetation satellite data to calculate a children's daily exposure to woodlands within various distances of their home and school.

The study did not find any mental health connections to blue spaces, such as rivers and lakes, but the children studied generally had low access to bodies of water.

Other studies also have highlighted the benefits that green spaces can have on mental well-being.

A study published in 2015 found that people who take nature walks have reported experiencing fewer negative thoughts. Another study found that spending at least two hours a week in woodlands can provide a positive boost to both mental and physical health.

The latest study assumed that living or attending school near green spaces meant more exposure to them, which researchers acknowledged might not always be true.

Also, more than half of the participants had parents with a managerial or professional job, meaning that children in other socioeconomic groups could have been underrepresented in the study. Children with special education also could react differently than those who were represented in the study, researchers said.