You can now purchase a three-foot-tall Gritty bobblehead

Well, it looks like Gritty’s haters within the mascot community are about to get a little more miffed about the attention their orange googly-eyed outlier is attracting.

On Thursday, the National Bobblehead Hall of Fame and Museum will not only announce the creation of four limited-edition Gritty Philadelphia Flyers bobbleheads, but two versions in which the mascot likeness stands three feet tall.

Phil Sklar – co-founder and CEO of the museum located in a city (Milwaukee) without an NHL franchise – said the two regular-sized bobbleheads feature Gritty decked out in St. Patrick’s Day gear and another in a boxing ring.

Of course, the two larger versions feature a heftier price tag of $800, a limited availability. One, produced by FOCO, is the standard Gritty standing atop a platform with the Flyers insignia and his name upon it. (They can be ordered via the Hall of Fame’s online store.)

In the other, produced by Kollectico which was also behind the other two bobbleheads, he’s holding a cheesesteak in his right hand and a pretzel in his left.) 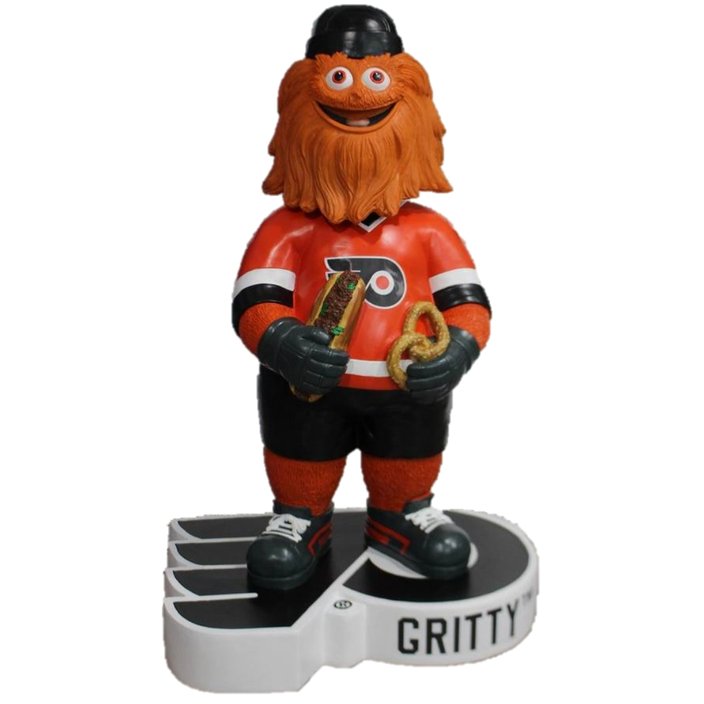 There are now bobbleheads of Gritty standing three-feet tall. 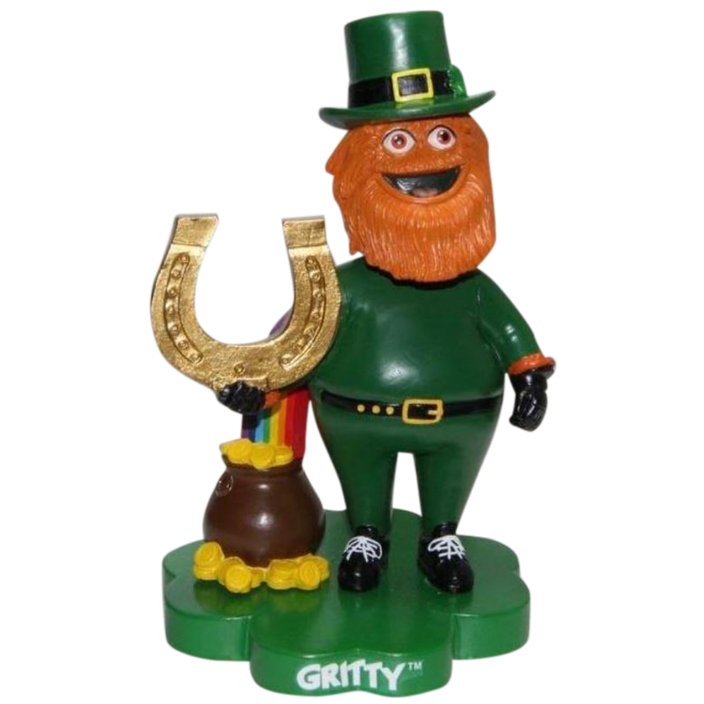 One of the four new Gritty bobbleheads released on March 7, 2019 is one inspired by how Gritty would approach St. Patrick's Day.

Sklar said the reception for previous Gritty bobbleheads “has been phenomenal” with the first one selling out in early September, prompting a second edition shortly thereafter. In November, bobbleheads of Gritty on a wrecking ball and with the Liberty Bell also sold out.

“In just five months since his October 2018 debut, Gritty has had more bobbleheads than several NHL mascots have had in their long lives,” Sklar said. “According to the Hall of Fame and Museum’s research, no other new mascot has had a three-foot bobblehead produced in their likeness as quickly as Gritty.

“It’s been fun to see fans' reactions to Gritty and his bobbleheads, and we think fans will love these new ones.”