Grubhub agrees to be more transparent about marked up food prices

The delivery app also will pay $125,000 to Pennsylvania food banks as part of a settlement with the Attorney General's Office 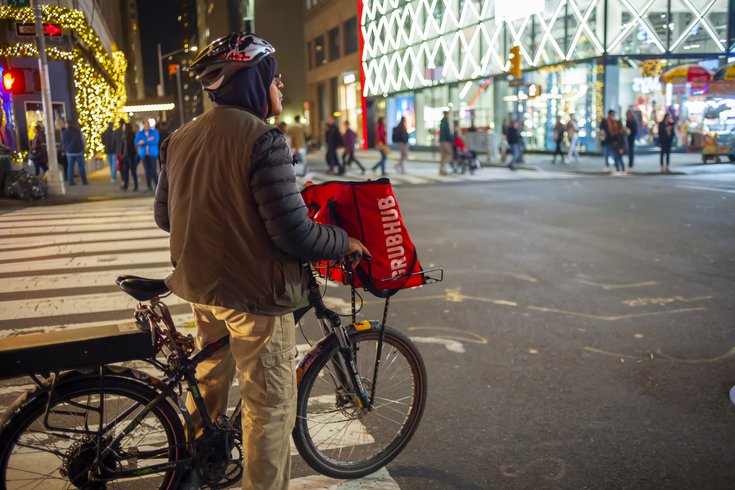 Grubhub has agreed to donate $125,000 to Pennsylvania food banks as part of a settlement aimed at improving its price transparency. The company also will add disclosures alerting consumers that food items may be cheaper in restuarants.

Grubhub has agreed to alert Pennsylvania consumers that some food items purchased through the delivery service app may be cheaper if bought directly from the restaurant.

Grubhub is adding disclosures to its menu and checkout pages as part of a settlement with the Attorney General's Office. The agreement stems from a state investigation that found the delivery app sometimes marked up the prices of restaurant items without informing consumers.

Grubhub also must distinguish the restaurants that have contracts with it from those that utilize delivery service competitors.

"Online food delivery platforms can be very convenient, but consumers deserve transparency so they can make informed decisions about whether to place an order," said Attorney General Josh Shapiro. "I'm pleased that Grubhub agreed to make their pricing more straightforward. This is another step towards delivering a marketplace that is more fair for restaurants and consumers – and I call on all food-delivery platform companies to provide this same transparency as soon as possible."

Grubhub released a statement saying these sites were set up to help strengthen the online presence of small restaurants, but Shapiro's office said they kept customers from seeking out competitors and finding deals elsewhere.

The investigation found Grubhub used routing numbers that had the same effect. Customers who call these numbers may believe they are being directly connected to the restaurant, but they instead reach a Grubhub customer service representative and may pay higher prices for their food, in addition to Grubhub's delivery fees.

Grubhub did not admit fault or liability as part of the settlement. In its statement, Grubhub outlined the incoming changes to its app and the decision to shutter or transfer ownership of microsites.

"Grubhub's mission is to help restaurants grow," the company wrote. "That's why since our founding in Chicago nearly 20 years ago, we've consistently evolved to provide restaurants with the best possible tools and experience, and to provide transparency to diners and communities that rely on our platform."

As food delivery apps have grown in popularity across the country, Grubhub remains among the most popular.

In late 2021, City Council passed a bill to cap third-party food delivery fees at 15%. Since restaurants commission food delivery apps to host their menus to attract larger customer bases, the cap limits the amount of fees that can be tacked onto orders.

In October, Grubhub agreed to pay $42 million to settle a proposed class-action lawsuit that claimed the delivery service misled investors about its performance. The lawsuit centered around an expansion push that Grubhub made in 2018 as it raced to keep up with competitors like DoorDash and UberEats.

Investors alleged that the expansion stunted order volumes and that the company artificially boosted its stock price to conceal the issue. Grubhub denied the allegations, and told Restaurant Business Online that it was grateful to have put the issue to rest with the settlement.

In 2021, Shapiro and Washington, D.C. Attorney General Karl Racine successfully convinced another third-party delivery app, UberEats, to provide in-app disclosures on prices to enhance transparency for consumers. The disclosure appears as customers are reviewing the subtotal of their orders, along with the delivery fee.