The median home sale price in the Jersey Shore town has increased 19.7% over the last year, reaching $2.825 million 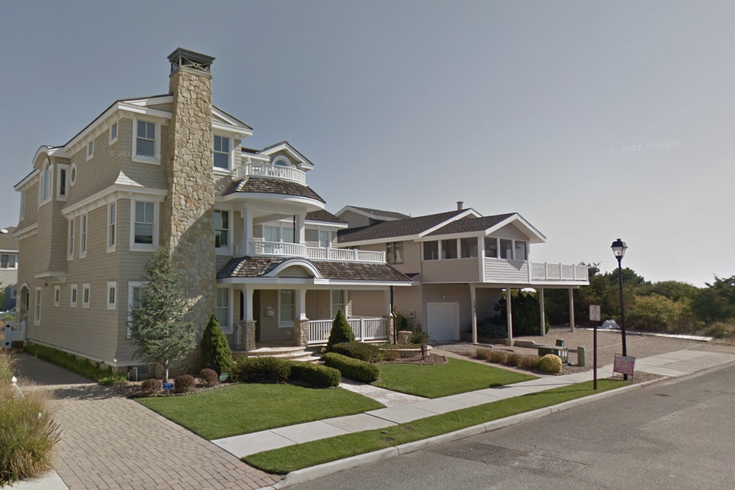 Two lots in Avalon, 163 68th St. and 165 68th St., sold in October for a combined $21 million. The beachfront home on the right was knocked down by the previous owners last year. The new owner plans to tear down the home on the left to build a new house covering both lots.

The sale of two adjacent lots in southern Avalon for a combined $21 million set a record for Seven Mile Island, which encompasses Avalon and Stone Harbor.

Joe Butler, of A. Lewis Purdy Real Estate, told the Cape May County Herald that the two lots will become the site of an 8,000-square-foot "dream home" for an unnamed businessman, who purchased the two properties under an LLC.

The new owner plans to knock down the 14-year-old existing home and construct the new home on an area that covers both lots, Butler said. The empty lot formerly had a 1970s-era home on it, but the house was torn down last year by the previous owner.

That owner also had purchased both lots – the beachfront property for $6.25 million in 2011 and the other lot for $3.7 million in 2006. The October sale more than doubled the seller's investment.

Butler described the availability of the two adjacent lots in southern Avalon as extremely rare. He added that the lots are located in one of Avalon's least flood-prone areas.

Avalon's real estate market has soared over the last year, becoming the most expensive housing market along the southern Jersey Shore and the greater Philadelphia area, the Philadelphia Business Journal reported.

The median home in Avalon now sells for about $2.825 million, up 19.7% over the last year, according to Zillow.

Butler told the Herald that the south end of Avalon has become a more competitive and pricy section of town over the last decade. Previously, the high dunes from 40th to 59th streets had been the most coveted because they offered greater privacy and easy beach access. Avalon residents pushed back against illegal beach paths at neighboring high dunes properties, reducing the exclusivity of the high dunes and shifting more interest to the south end.